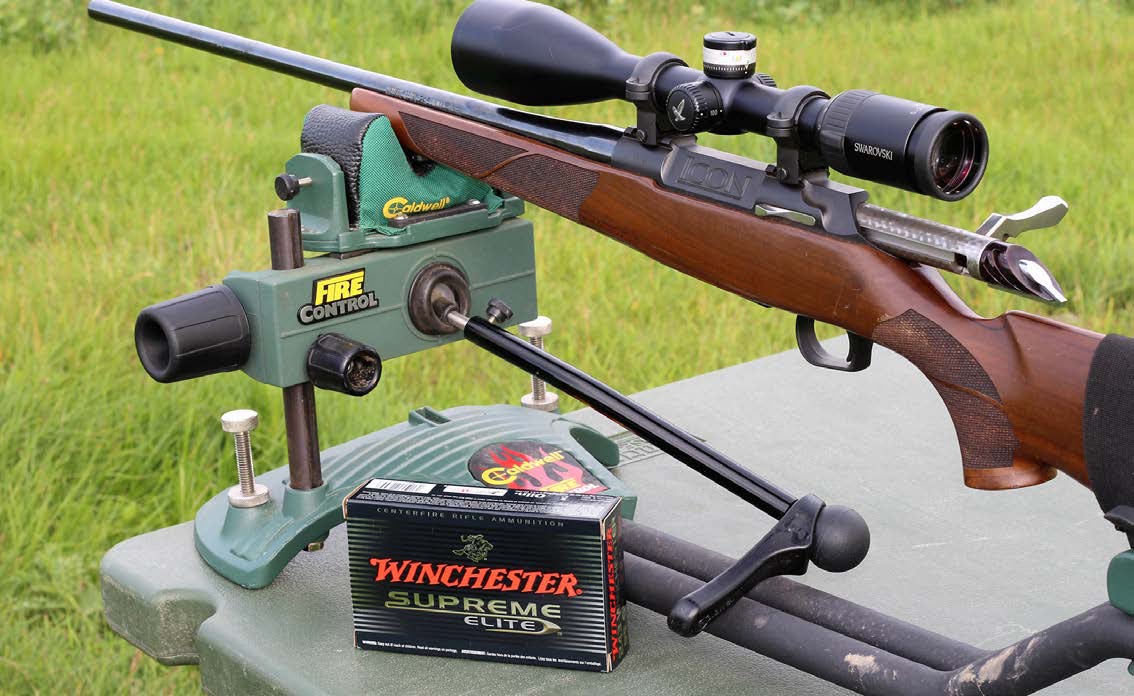 Accokeek, MD – Benelli USA continues the drive of the company’s award-winning Lupo bolt-action rifles into 2022 with soon-to-be-available new calibers. Beginning in May, Benelli will introduce the first of three new chambers for the Lupo series big-game rifles. 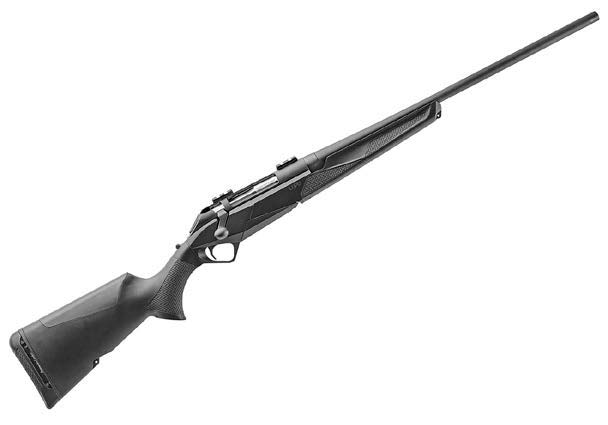 The Benelli Lupo hit the market to wide acclaim in 2020 as the company’s first bolt-action rifle, while combining innovative technology first put forward in the company’s line of premium shotguns. Features such as their Crio- treated barrels, Progressive Comfort recoil reduction systems, CombTech cheek pieces, LOP adjustment, along with a commitment to precision manufacturing and all-weather performance, the Benelli Lupo rifles have proven themselves in the harshest hunting conditions throughout the world.

The new 7mm Rem Mag -chambered Lupo will be available in May 2022, followed by the 6mm Creedmoor in June along with the 6.5 PRC in July. 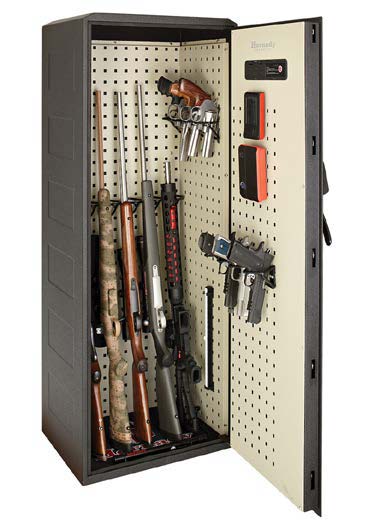 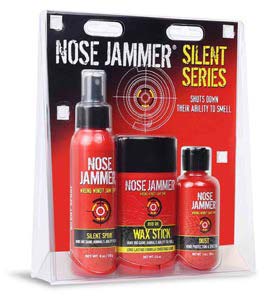 Winona, MN – Nose Jammer is excited to announce its latest innovation — the Silent Series. For hunters who need completely sound-free stealth in the field, this comprehensive lineup provides Nose Jammer technology in a dead-quiet package.

The SPYPOINT FLEX continues the SPYPOINT legacy of delivering affordable innovation and dynamic tools to help every hunter have their best season ever. 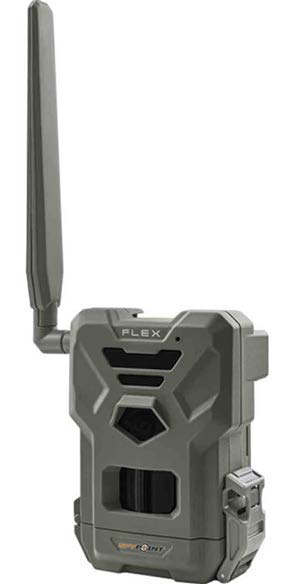 The new SPYPOINT FLEX captures 33MP photos and 1080p videos with sound. Those videos will also be available to be transmitted to the SPYPOINT app. Videos appear in the gallery as an animated preview, after which you can request the full-length HD version to be sent to the app.

Another dynamic innovation with the FLEX is in the network connectivity. The SPYPOINT FLEX will use a dual-SIM configuration to deliver multi-carrier auto- connectivity. The FLEX will come with two preactivated SIM cards already installed, so when the camera is in use, it will automatically connect to the network with the strongest, most reliable signal available.

Working in tandem with the dual-SIM system, the antenna for the FLEX has been redesigned with signal optimization in mind. The network flexibility of the dual- SIM and signal maximization of the new antenna ensure that any usable signal in the area can be relied upon to give more hunters the ability to take advantage of the mobile scouting tools SPYPOINT offers.

The SPYPOINT FLEX has Format and Test buttons right on the camera, allowing you to get the card ready and verify the position of the camera, photo view, and transmission, so when you leave the woods, you know your camera is working as it should

The SPYPOINT app and the FLEX are optimized to work together. The FLEX is GPS-enabled, maximizing the performance and function of the customizable in-app maps. You’ll also be able to request firmware updates in the app for the FLEX, reducing the need for camera visits.

Mogadore, OH – After launching a total of nine new crossbows in December, industry-leader TenPoint Crossbows showcased these new crossbows at the 2022 ATA Show in Louisville, KY. After sending arrows through the chronograph at speeds in excess of 505 FPS with the NEW Nitro 505™ and testing out silent cocking and safe de-cocking with the NEW ACUdraw De-Cock, retailers indicated that this will be one of TenPoint’s best years ever. 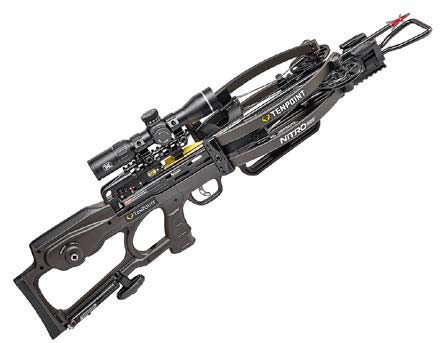 Highlighting the 2022 TenPoint lineup is the fastest crossbow in the world, the NEW Nitro 505. Shooting in excess of 505 FPS, it is available with TenPoint’s EVO-X® Marksman™ Elite scope, the Garmin® XERO® X1i Rangefinding Scope, or the Burris® Oracle X™ Rangefinding scope.

TenPoint has also added the Burris® Oracle X™ Rangefinding scope to one of their highest-rated crossbows, the Viper S400™, to create the most affordable rangefinding crossbow package with the NEW Viper S400 Oracle X™.

Also new is the Turbo S1™ – the most affordable high- end crossbow. Shorter, safer, and smoother than anything at its price point, the Turbo S1 resets expectations for crossbow performance.

The CASCADE™ was CVA’s first ever bolt-action centerfire rifle. Long the leader in both muzzleloading rifles and single-shot centerfires, CVA  has applied it’s nearly 50 years of experience into making what CVA feels to be the best bolt-action on the market at $700 or below.

New to the Cascade™ series is the SB (Short Barrel). The Cascade™ SB has all the great features of the original Cascade, but with a shorter barrel. The Cascade™ SB was developed for use in tight quarters, commonly found in hunting blinds, especially when using a suppressor. These rifles also make the perfect passenger as your go-to truck rifle for varmint hunting. Calibers included in the series are the ever so popular 6.5 Creedmoor, 350 Legend, .223 Rem, .308 Win with a 18” barrel, and 300 Blackout with a 16.5” barrel. Like the original Cascade, the SB series features a suppressor-ready threaded muzzle. Available in Graphite Black Cerakote™ and Veil Tac Black Camo. The Cascade SB is the perfect silent hunting partner.

Scoping up the Cascade is a breeze, as it comes standard with a two-piece mount.

Old Saybrook, CT – For 2022, Traditions® Performance Firearms is adding .45 caliber muzzleloader and accessory options into their product line. While already carrying the largest line up of muzzleloading products and accessories, the addition of 45 caliber options is a need Traditions® has seen in the marketplace.

The caliber shoots flatter and at a higher velocity so it offers an option to those who are looking for a more precise shooting experience. We’re including the 45 caliber option on popular models so we feel this will provide more options for the hunter and shooter.”

Traditions® will have 45 caliber models available in both the popular Vortek StrikerFire® series and the mid- level Pursuit™ XT series. Both series have been part of the Traditions® line for several years and have evolved as new technology and options have been added.

To support these models, Traditions® will also be offering accessories in 45 caliber. 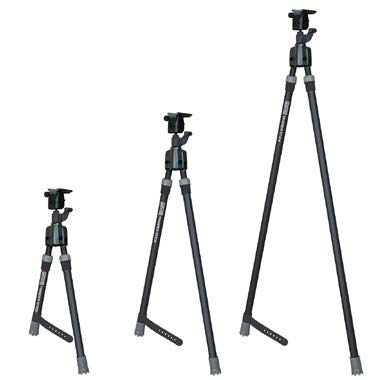 Madison, Miss. – January 26, 2022 – Primos® Hunting, a pioneer in game calls and hunting accessories, announces the new Trigger Stick® Gun Mounted Bipod. Highly portable and fast to deploy at any desired height thanks to its built-in one-handed trigger mechanism, the Trigger Stick Gun Mounted Bipod helps hunters make accurate shots with speed no matter where they are.

These bipods are quick-detachable and will clamp to the sling swivel stud of bolt-action rifles or to a picatinny rail on a modern sporting rifle. The design allows the shooter to utilize their sling and does not impede when shooting off-hand. The hinged design also allows the bipod to be folded parallel to the barrel when not in use.

With a sleek head design for ultimate portability and heat-treated steel and alloy construction, the Tigger Stick Gun Mounted Bipod can strap onto the outside of a pack and easily withstand whatever the elements throw its way.

Old Saybrook, CT – After changing the muzzleloading industry in 2020 with the introduction of the NitroFire® in collaboration for Federal Premium and Hodgdon, Traditions is excited to announce the next innovation – the NitroFire® with the VAPR™ Twist.

Introduced for 2022, the award-winning NitroFire® will now feature a 1:24” VAPR™ Twist barrel. The faster twist helps to better stabilize bullets, increase accuracy, and expands the bullet options that can be used.