The Economics of Trapping 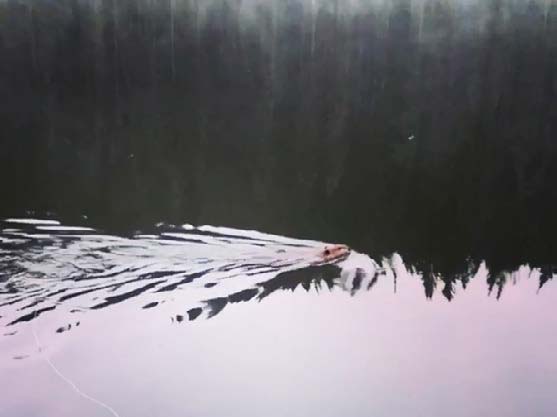 When a person thinks about outdoor pursuits, trapping may not come to mind right away, if at all. As a group of folks predisposed to privacy, many trappers probably prefer it that way.

Existing quietly behind the scenes, trappers tend to navigate the complex dynamics of furbearer populations and social demands while playing a key role in conservation. However, many outdoorsmen are discovering that modern trapping can offer a rich and rewarding experience in the wild, even if they are unsure how attainable that experience truly is. In truth, trapping can be a reality for anyone who is willing to start small and think big.

Before discussing trapping, we should cover what exactly the term involves. Generally speaking, trapping is the pursuit of any furbearer. A furbearer is a wild animal with a double coat of both guard hair and underfur—think animals such as beavers, coyotes, and fishers.

Fur trapping happens in nearly every northern country in the world and there is a long history of its practice in North America. North America also leads the pack in humane trapping practices, including large amounts of money being invested in research and education every year. In addition, trappers have become key partners in furbearer research and conservation throughout the world. But that’s enough about how great trappers are. The real question is: Why do it?

While there are many reasons, the most obvious answer is that it’s all about the fur. While many trappers process and use or sell fur on their own, many also choose to send it to market. The international fur market has faced ups and downs, but it has managed to persevere. The largest buyers are overseas in countries like China.

These large buyers demand specific furs and species to fill current fashion demands and fur prices fluctuate to reflect this. Unfortunately, fluctuations and restrictions in the market, as well as misinformation and social pres- sure, are making it more and more difficult to make a profit trapping fur. So, for many trappers, making money from trapping doesn’t tend to be their first priority. On the contrary, many trappers are pursuing the trapping lifestyle strictly for the love of living close to the land and its resources.

This brings us to the second, less-obvious reason: conservation. Trappers play an integral role in managing and maintaining healthy furbearer populations. Many of these animals, such as beavers, are overpopulated in their habitats. They can not only cause massive damage to land and infrastructure, but their numbers can even- tually lead to massive die-offs. Those situations may be due to diseases like tularemia that can affect other animal populations that may not be as prevalent. In areas where trappers harvest a manageable number of furbearers, there tend to be fewer instances of mange, starvation, and other stressors due to overpopulation.

Trapping regulations and limits are set and adjusted by wildlife professionals and these are strictly adhered to by trappers to ensure the continued health of each spe- cies. Before any foray into trapping occurs, an aspiring trapper will need to check local regulations and take any courses or certifications required to become a trapper.

It’s also necessary to purchase all applicable licenses and to stay on top of all mandatory reporting. I recom- mend taking any trapping courses you can and joining a local organization (like the Alberta Trappers Association). These groups are excellent ways to meet other trappers, get information, and stay involved in changing regulations and issues.

The Why, The How

Now that we’ve covered the “why,” let’s get into the tantalizing “how” of trapping.

When we begin to entertain the idea of trapping, many of us imagine the same cozy image: a trapline cabin with a ribbon of smoke crawling out the chimney on a cold winter’s day; a strong and capable mountain man draped in the fur of some magnificent beast, snow- shoeing his way down an isolated trail among the black spruce. Rest assured, this lifestyle still exists, and it is attainable to those willing to work for it, but it’s admittedly a far reach for a brand-new trapper. My advice on where to start may not fit the image just mentioned but it’s a good place to start.

While the thought of running a trapline is the idea many trappers covet, the logistics and practicality can be tough. A registered trapline requires a fair amount of knowledge, experience, and capital to run properly. Traps for the large, glorious animals of our trapping dreams, like wolves, can sometimes run into the hundreds of dol- lars each. Not to mention the additional costs of accom- modations, storage, lures, travel equipment, skinning tools, and fuel that are required. There’s a substantial investment and learning curve, even though it can and has been done by novice trappers. So, let’s talk about something a little gentler on the mind and wallet: residential trapping.

Don’t be fooled, any type of trapping is going to be physically and mentally demanding, but residential trapping can be more accessible than trapping on a registered trapline. It’s also an ideal way to learn the economics of trapping. In the last decade, two furbear- ers have remained in relatively constant demand in the international fur market: coyotes and muskrats. Luckily enough for us, these are also two animals that are not only abundant, but that are also considered nuisance animals or pests in many areas of North America.

What does that mean to you as an aspiring trapper? It means folks are already having issues with these fur- bearers and are eager to get rid of them, making permis- sion to trap them easier to attain.

Now, if you have areas to trap and aren’t paying the overhead of a registered line, where do you go from here? There are plenty of options. For the sake of eco- nomics, we’ll discuss one species in particular: the humble muskrat. Is he magnificent like a lynx? No. Is he an ideal starting point for your journey into trapping? Absolutely. Allow me to explain.

As mentioned, trapping requires a good amount of specialized equipment, and many folks just don’t have the capital to purchase all of it for every species right off the bat. Plus, trappers who do purchase tons of equip- ment without much experience can end up using it wrongly or not using it at all.

Many clubs and local groups hold trap swaps, or you can purchase from knowledgeable suppliers such as Trapper Gord. However, a good deal of time and research goes into selecting the right trap for the species you are pursuing, which can feel intimidating.

Muskrats are easy to catch in large numbers (30-40 rats in a day wouldn’t be unheard of for an eager begin- ner). They are easy to skin and prep for market with a small amount of experience and equipment. They are usually extremely accessible and are one of the only furbearers that can be caught effectively and humanely with homemade traps. They are also one of the safest animals to trap both for the trapper and the surrounding residents (dogs and livestock).

So, as a beginner, you can focus on technique and learning, rather than avoiding bycatch. Perhaps most importantly, muskrats are an easy way to begin thinking like a trapper. You must pay attention to the way the ani- mals move and how they react to different traps or lures and baits. Doing that allows you to get out on the land and scout for your next quarry. Similar to hunting, scout- ing and prep can be the single most time-consuming and costly factors to consider when trapping. Furbearers that require little investment can help offset those costs.

The same theory applies to red squirrels, though they bring in a bit less money. Maybe while you are setting Muskrat subs, you start to see mink sign and decide to buy a few boxes with your market cash to try this species out. Or maybe you start to notice beavers in the area and invest in a few 330s (a type of body grip trap that cuts off blood flow to the brain).

This type of natural progression allows you to gather the hands-on knowledge and confidence it takes to be able to pursue more demanding animals. It also helps you gain the understanding to set realistic goals for the areas where you are trapping.

The last thing you want is to prematurely purchase a bunch of equipment for foxes, only to realize there are none of the animals in your area. Like any other worth- while pursuit, becoming a dedicated and sustainable trapper is a lifelong commitment to learning and evolving, and starting small allows you to begin that evolu- tion naturally.

Trapping offers a unique and intimate relationship with wildlife as well as a conduit to a more sustainable lifestyle… just think, it could all begin with a muskrat.

Growing up on a farm, Emily Lamb had a contagious passion for the outdoors at a young age. As time progressed, this began to bloom into obtaining quality food via hunting, fishing and foraging, as well as wildlife management through professional trapping and environmental work. As Emily learned more, she became enthusiastic about introducing potential outdoorsmen to the lifestyle and teaching basic, obtainable skills to anyone with interest. Today, Emily teaches outdoor skills via freelance writing and her outdoor education company Canis Outdoors, as well as provides professional wildlife management as the owner of Canis Environmental Solutions. In her free time, she travels to hunt and fish, or cooks delicious ethically obtained food for as many friends as possible on her hobby farm in western AB.

View all posts by Emily Lamb