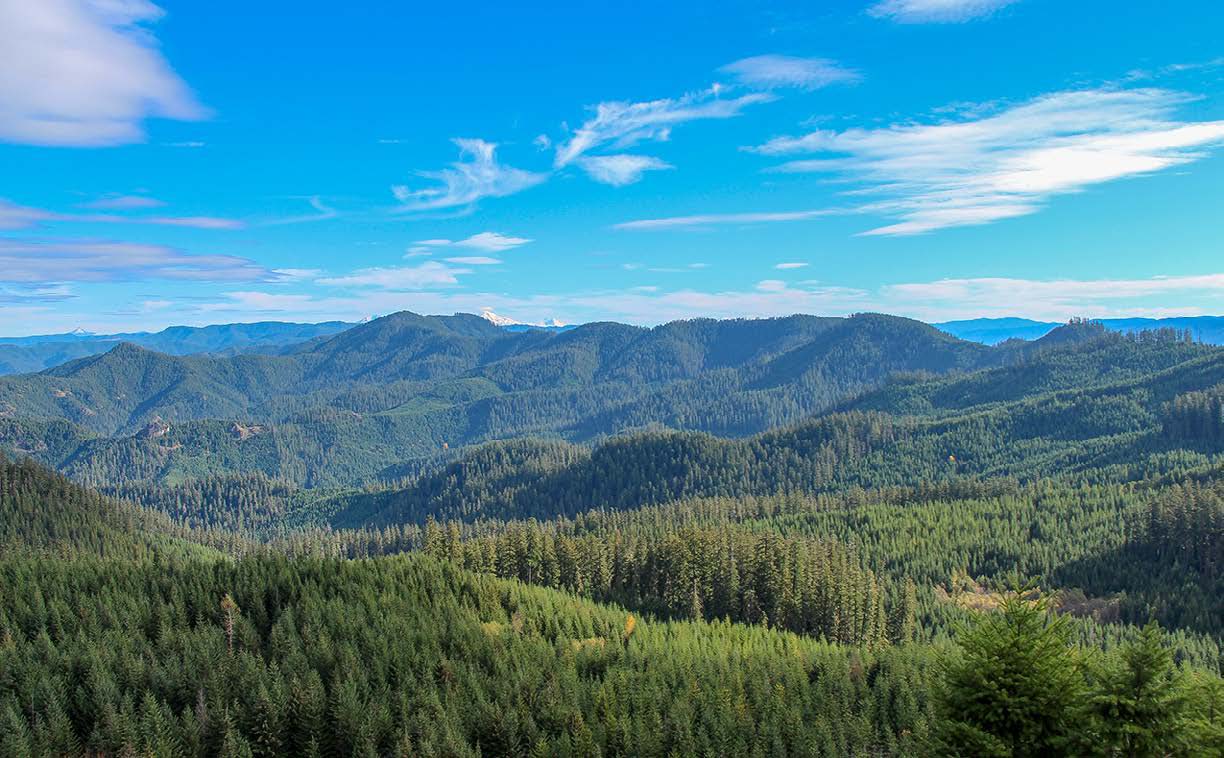 When we opened the tent to three feet of fresh snow, my buddies insisted we get off the mountain. It was mid-October, the third day of the Rocky Mountain elk rifle season, we’d yet to see a single elk, and the snow was coming down hard.

Packing up camp, we traveled 18 miles on horseback, reaching the trailhead moments before dark. We later learned that seven feet of snow fell in that storm. Our August scouting mission into this secluded paradise, at 9,000 feet in the Rocky Mountains, had revealed loads of elk. However, the early storms forced them from the high elevation sooner than we had planned.

The following year, the three of us returned, this time for the archery season opener. All three of us tagged big bulls on opening day, and we repeated our success the following season.

We learned a lot spending time in the backcountry— primarily that the elk migrated off the mountain much earlier than we anticipated. But elk were there in September and calling in 20-plus bulls a day was the norm. We wouldn’t have discovered this place had it not been for summer scouting efforts.

If you’re looking for a place to hunt elk this fall, be it with bow, rifle, or muzzleloader, July and August are the prime times to scout. By the time elk season rolls around you’ll ideally already have nailed down a hunting place or two. The opening day of elk season is not the time to be searching for a place to hunt. You should achieve that earlier through scouting.

Optics are an elk hunter’s best friend, and this is true even when scouting. A set of good binoculars and a quality spotting scope allow ground to be covered with your eyes, not your feet. Quality glass lets you search all day without eye fatigue and locate animals from afar, without them knowing you’re near.

Be it by truck, ATV, horseback, mountain bike, or hiking, get afield and search for elk and elk sign. Look for bachelor herds of bulls still in velvet this time of year. Bulls largely avoid thick brush when in velvet, so they don’t damage their headgear. Velvet-covered antlers are some of the fastest-growing tissues on the planet, and bulls go out of their way to protect them. So, search open areas and forest fringes early and late in the day to see if you find bulls feeding, and hit the shady spots where they bed at midday. As the sun moves through the sky, bulls will get up and re-bed in the shade, so keep looking, even in the heat of the day.

Are you scouting in timbered habitats? Look for wallows, tracks that are spread out indicating you’re in or near a feeding area, droppings, and well-used trails that cow and calf herds routinely travel during the summer months. Young bulls often hang out with cow herds all summer, and if you’re looking to put meat in the freezer, finding these herds now is an important jumpstart.

In August, be on the lookout for fresh rubs where bulls are stripping the velvet from their racks. These aren’t the full-blown rubs you’ll find when bulls start rutting. Instead, they appear as discrete rubs on small trees with foliage, the spots where velvet hangs up and strips off the antlers.

Eyes Out for Herd Moves

Summer is also the time to learn if drought, wildfires, or predators have caused elk herds to move. Wolf packs have greatly impacted Rocky Mountain elk herds in some areas. You can call regional biologists for details if you plan to be hunting in these places. Biologists can also be of help when it comes to sharing details about wildfire impact on elk herds. You can also monitor wildfires in your hunting area via various websites, including Google Earth. That is a great site for simply scouting from home.

Trail cameras are another valuable scouting tool. Once I locate an elk herd in the summer, I’ll run over a dozen trail cameras on it, trying to pattern movement and see what new bulls show up as the weeks pass. “Trail cameras are my best scouting tool, period,” shares noted Oregon Roosevelt elk guide, Jody Smith (www.jodysmithguideservice.com), adding, “Nothing has taught me more about elk movement than trail cameras.” “What amazes me most about trail cameras is the number of Roosevelt bulls I see only one time,” continues Smith. “These are bulls I never see with my eyes when scouting in the summer or on hunts during the season. I’m out there every single day of the season. I only get one shot of some bulls on all of my cameras combined. It shows how much these loner bulls can travel and how secretive they really are.”

It can be challenging to use trail cameras on Rocky Mountain elk because hunters typically travel long distances from home to pursue these elk. However, setting trail cameras in your hunting ground while scouting in the summer, then checking them come hunting season, can reveal a lot of information.

There are three primary zones in North America where elk hunters focus their efforts. Starting on the West Coast, Roosevelt elk are the easiest to scout because they’re homebody animals, meaning they don’t migrate. They move up and down steep Coast Range mountains, but they don’t go on long migrations the way Rocky Mountain elk do.

“It can be hard to scout Roosevelt elk with a spotting scope, as we mostly hunt them in timber,” shares Smith. “In the summer you can catch Roosevelt elk in open, logged units and meadows, and this gives a good starting point come hunting season.”

Some of my best coastal “Roosy” summer scouting results have come in cool forests on North-facing slopes where tall ferns flourish. Here, look for dry wallows made in moist dirt beneath tall ferns; they’re often near well-used trails and bedding areas. In these settings, bulls will roll and rub-urinate, and no water is necessary. You’ll likely smell these places before you see them, so pay attention to all your senses.

Another successful scouting approach for these brush-dwelling elk is using your ears. Early in the morning and in the evening, listen for cows and calves communicating as they spread out while feeding. As calves become independent in their search for food, they’ll leave the area where the cows are situated, and calling is how they keep track of one another in thick cover. They’ll call a lot in the evening when spreading out, and again in the morning when reassembling to bed down.

“These elk often cycle through the same areas every four or five days, so finding herds now is important,” says Smith. “The last thing I want to waste time doing is looking for elk once the season opens. Hunting season is for hunting, not scouting.”

Try locating multiple elk herds in the Cascades when scouting in the summer. This will give you backup plans come hunting season, should your initial plans fall through. There’s more logging, big burns, and open ground in the Cascades versus the Coast Range. It’s big country, so cover ground and keep track of herds you find, because they’ll likely be in nearby drainages come bow and rifle season.

The more pressured Cascade Roosevelts get, the more secretive their movements become. When pressured, bulls often withdraw into the deepest, brushiest canyons. When scouting, note these areas of protection near where elk are spotted, as these are the places you’ll likely hunt. It can be some of the toughest habitat to hunt in North America, so make sure you come physically prepared.

Though Rocky Mountain elk are difficult for many hunters to scout due to travel logistics, it’s worth the effort to do so at least once in the summer. Many hunters use the same elk camps year after year, and it’s a terrible feeling to roll into camp a day or two prior to the season only to discover something has forced the elk out of the region.

During summer scouting, hit the high spots and other settings that allow you to cover the greatest amount of land with your eyes. When scouting, the goal is to find elk, not get close to them.

Once elk are located, take a head count, noting the bulls, then move on.

On hot days and moonlit nights, some of my most productive scouting for Rocky Mountain elk has come after dark. This is when elk are on the move, feeding, drinking, and wallowing. Elk are also very vocal at night. Cows and calves can be particularly vocal at night in the summer months. The first, rough bugles of the season are often heard in darkness at this time, too. On very calm nights, the footsteps of elk on shale and hard ground can be heard from a surprising distance. Another nighttime scouting surprise reveals how early in the morning elk move back to cover; it is hours before daylight, in many cases.

Focus summer scouting efforts on shaded hillsides, amid creek bottoms, and on the edge of cover. Learn what the elk are eating, where they’re watering, and at what elevation they’re most active. Each of these factors reveals details as to where elk will be found when hunting season arrives.

Just don’t make the mistake my buddies and I did, waiting too late in the rifle season to hunt high-elevation, migratory elk. If bowhunting high elevations, summer scouting is fine, as elk will still be in that area in September. But if you’re going to be rifle hunting in mid-to late-November, or even in October, keep in mind that bad weather can trigger the migration—meaning elk could be many miles from where they were in the summer.

While it takes time, pre-season scouting is the best investment an elk hunter can make. Not only does summer scouting show what’s out there, but it also gives you the information you need to make wise decisions. As we all know, one bad choice in elk season can mean the difference between punching a tag or going home empty.

Scott Haugen is one of North America’s most accomplished outdoor writers. With 17 book titles, more than 3,500 articles, and over 12,000 photos having been published in hunting and fishing magazines around the world, Haugen has been writing full time for over 20 years. The former host of over 450 TV shows, his programs appeared on many major networks, including Netflix, Amazon Prime, ESPN, Outdoor Channel, and more, in over 50 countries. A former high school science teacher with a masters degree and specializing in biology, Haugen spends more than 250 days afield hunting, fishing and photographing wildlife.

View all posts by Scott Haugen 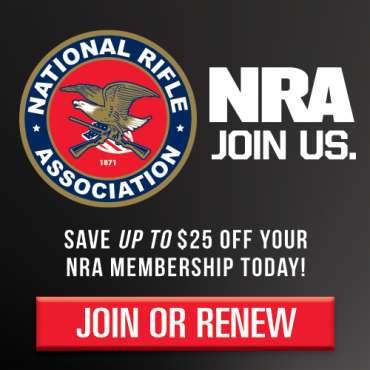 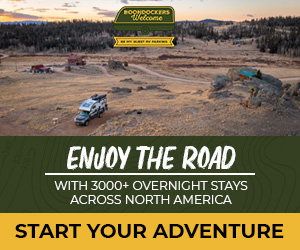