Treestand vs. Ground Hunting: Is it Time to Adapt? 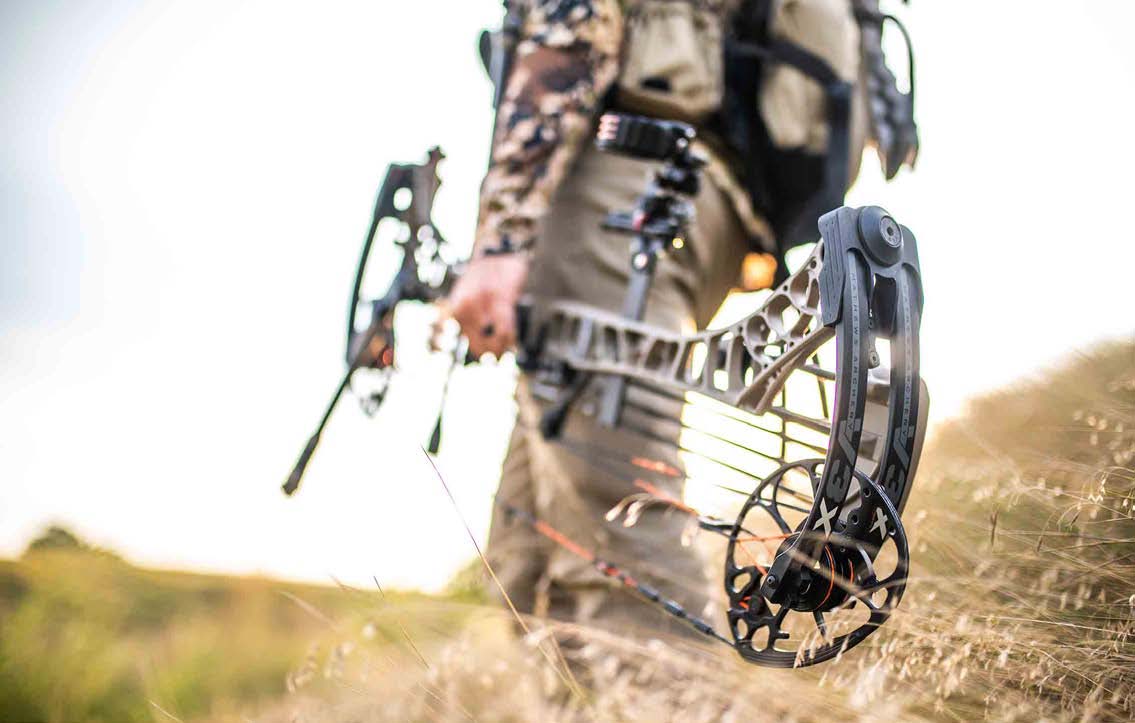 If your go-to strategy is no longer fun or isn’t producing success, make a change!

That’s what I was as I hunkered in shin-high prairie grasses when the buck of my dreams sky-lined himself across the draw. I blinked to make sure I wasn’t fantasizing. Time stood still. He meandered down into the draw, raked a tree, then continued toward me. He veered slightly, and I realized I wasn’t going to get a shot. Panic!

He started walking parallel along the draw away from me, heading north. Instinctively, I backtracked uphill to the east, then charged north before peeking down into the draw where I expected the buck would unknowingly walk beneath me and offer a golden opportunity. Tensions mounted with each passing second that the buck didn’t reappear. I feared that he’d rerouted again, but I trusted my gut because a hot doe had flown right through this spot just several minutes earlier.

Antlers suddenly appeared through some brush about 40 yards away. I knelt and prepared my rangefinder to zap him as soon as he cleared. A few moments elapsed, and I rose up slightly in order to see what was happening.

Boom! The buck was now only 18 yards away traveling a small ravine that jutted uphill out of the draw in front of me. Holy buckets! I drew instantly.

He meandered up and out of the ravine, then walked the sidehill at an estimated 22 yards. It took two mouth grunts to halt him, and then my arrow slammed through his shoulder crease. His death run carried him for about 120 yards where he collapsed underneath a lone Osage orange tree. I’d taken a tremendous, mature buck from the ground with my bow at top-pin distance.

Let’s briefly review a backstory of my hunting career prior to killing that outstanding Whitetail. I grew up hunting from treestands in Wisconsin. Starting at age 17, I began making trips to other states, where I also hunted Whitetails exclusively from treestands. I had decent success and killed some nice bucks. Still, it wasn’t until I burned out during an Iowa hunt—where I hunted from treestands for at least 10 days without even seeing a nice buck— that I learned I needed to adapt. I needed a strategy that better fit my personality and would allow more consistent buck encounters.

During that Iowa hunt, I’d been on the phone with a friend who exclusively hunts from the ground. I told him how my anticipation of drawing an Iowa tagged burned to the ground after hunting hard without seeing any nice bucks. He suggested that I sleep a little longer the next morning, then grab some coffee, and drive around and glass from the road. If I didn’t turn up a buck that way, he suggested that I find some ideal deer habitat and hunt actively on the ground, picking apart the terrain with optics as I went.

Both angles turned up deer. I had a wild encounter with two bucks in a thicket one afternoon. I ended up shooting one of them the following morning while hunkered in a nearby thicket, in wide-open space, with my wife beside me. I shot the public-land buck at only 15 yards. He never knew we were there.

After felling the public-land buck I mentioned at the start, I bow-killed another great public-land buck a few days later in another state. That made three great bow bucks from the ground in two seasons. So, I’ve not only rekindled my love for Whitetail hunting, I’ve also found a hunting style that best fits my exploratory personality.

If you’ve been feeling your deer hunting is stale or unsuccessful, you might want to adapt to a new hunting style that better fits your personality. Let’s discuss some ways to do it.

Not everyone is cut out to hunt Whitetails actively on the ground. Many hunters would bust every deer out of the area. Everyone has different skillsets and stealth levels. Some hunters are much better off assuming a stationary elevated ambush. But if this style has grown stale for you, there’s still a way to adapt for potentially more success and more fun.

One of the best treestand change-ups is to cut ties with “hotspots.” Instead, go in cold to places you’ve never hunted before. Fear keeps many from trying this slightly aggressive approach, but great rewards could await. Hang-and-hunt setups allow you to explore yet still have the advantage of an elevated ambush. Be ready for a learning curve, but also expect something to happen once you learn the ropes. This was my first attempt at making deer hunting more exciting, and I took some nice bucks this way.

As a side note, treestand gear when I first started doing hang- and-hunt setups was bulkier and heavier than what’s available today. There are some ultra-lightweight treestands and climbing sticks that stow compactly and are easy to transport into parts unknown. Another hang-and-hunt setup tool many bowhunters love is the saddle. Tethrd, Hawk, and XOP are a few brands to consider. While I haven’t personally hunted from a saddle, I know some reputable people who feel the saddle is advantageous for their hang-and-hunt missions.

If you haven’t tried hang-and-hunt setups, a great way to start is by using maps. On onX Hunt, you can work to identify potential bedding and feeding areas that are critical to your entry and exit routes. In other words, don’t walk blatantly through the woods looking for a hotspot, or you’ll bust deer out of the area. Use the onX app to identify a general area that you want to reach, then narrow down an exact tree once you’re there. Even though hanging and hunting in one shot is somewhat aggressive, being methodical is important in most instances.

Most folks who’ve hunted from the ground have done so from a blind. Like treestand hunting, this approach limits you to one area at a time. And if you’re just not having fun with that anymore, or if you aren’t having the success you think you should, try something else. It’s been ingrained in our minds to do what we see others doing on outdoor TV. Most of the time, that is hunting from a stationary treestand or a ground blind.

One way to change up your ground game is to assume the strategy that I’ve been using—spot deer and sneak in on them—or simply still hunt through great deer habitat and try to encounter deer. I must warn that this tactic is quite invasive, and it certainly has risks. Remember, deer have intimate knowledge of the ground they inhabit, so fooling them at ground level within bow range is a tall order.

To find regular success, you must develop the skill of knowing when to move, when to slow down, and when to stop entirely. You can wear the best camo out there, but without this prowess, deer will almost always spook before you see them and certainly before they present you with a shot. You can get away with a lot of movement, but only when you time your movements correctly.

Further, how you pick apart a property can affect your results. You can’t just hike through the woods without a strategy. You should spend some time mapping out the area with onX Hunt, then create an intended route based on the wind direction for the day. If you don’t do that, you’ll probably walk upwind of deer at some point and blow them out before you even see them.

The rut is a great time to hunt a bit more aggressively because deer are moving around a lot more. There are more noises in the woods. Bucks are charged up and ready to fight or intercept a hot doe. Their increased daylight movement allows you to be more mobile while leaving less impact.

That brings us to another way to spice up your ground game. Ultimate Predator manufactures shoot- through decoys that mount to your bow. I just started using one in 2020. The first time I showed it to a mature buck, I drew him in to 20 yards and thumped him while hunkering in knee-high grass with no other cover. Twice last November, I drew bristled-up, 145-plus-inch bucks to within bow range. The wind betrayed me both times before I could get my shot. As little as I’ve used the decoy though, I’m amazed at the response rates. Plus, it allows me to hunt locations where treestand hunting isn’t even an option. For safety, I’d warn against using the decoy if any firearms seasons are open. I’d also use great discretion if hunting on public land or near roadways.

If, like me, you’ve found your deer hunting fun fading, make changes that reignite your enthusiasm and put more deer in front of you. Some folks aren’t cut out to sit for hours in treestands. Likewise, many folks aren’t cut from the ground- hunting cloth. In either case, you can make changes to your treestand or ground game as suggested above. The question is, will fear keep you from trying these tweaks, or will you concede that it’s time to adapt?