Excuses – They Somehow Seem to Come Naturally to Hunters 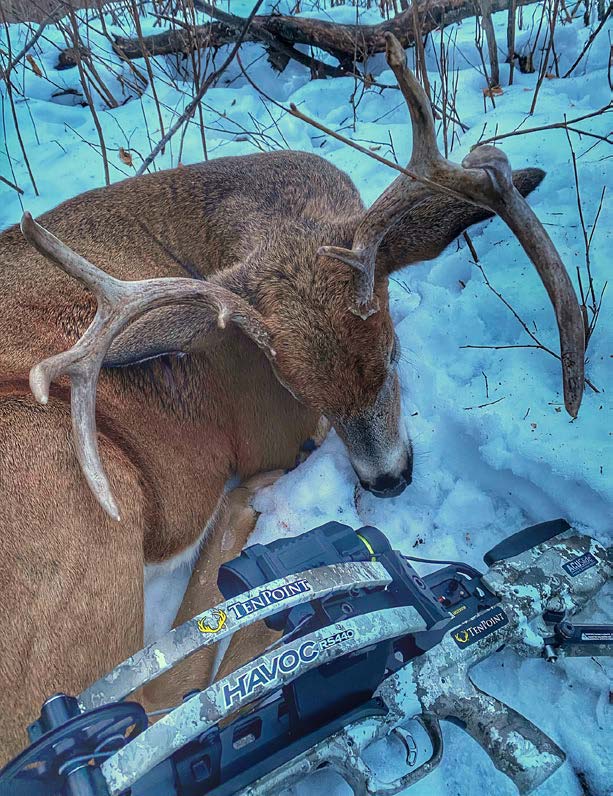 Hunters are well known for finding every excuse in the book for not being successful at the hunt.

Whether a hunter holds out for a big buck or is just looking to put some extra venison in the freezer, hunting does not always go as planned. The weather is too warm or too cold. The wind is erratic and coming from the wrong direction. The moon phase is wrong for the days planned for hunting. The rut never seems to kick in when expected. Most hunters have heard all the excuses in the book. If you are like me, you’ve likely used most of them yourself, too.

Last fall was like sitting at the Blackjack table at the casino and never getting the right cards. The deer continually laid down cards that added up to ‘21’ … effectively evading me at every turn. My timing was so bad, I don’t think it could have been worse. Landowners who permitted me to hunt their lands continually regaled me with stories of the big buck that ran across the field or the one that stood in the driveway and wouldn’t move. I found the tracks, sat in the fields, put in my time, and never saw a mature buck.

Then, it happened. I was driving to the back of a property one afternoon and spotted a nice buck. It was standing in the trees about 200 yards away, watching me. My foot hadn’t even touched the brake pedal when the buck was off and running. I did get my binoculars on him, though, and confirmed a tall, mature rack. The sighting provided renewed hope, and, suddenly, it felt like the first day of the season again.

Every morning, I’d check my HuntStand hunting app for weather and wind conditions before deciding where to sit. Sitting vigil every morning and evening, the hours were starting to add up, and there was still no venison to show for it.

The excuses started to develop naturally and, eventually, flowed like a hunter scorned by the hunting gods.

To make matters worse, I watched an active trail and several scrapes late in the day when I heard a single shot from the far end of the property. The resounding whack left no doubt that a bullet had found its mark. Two other hunters shared the property, and I crossed my fingers that they had shot at a coyote—or anything but the buck I had been hunting.

The next day, when I headed to my hunting spot, the landowner stopped me and asked if I saw the deer that had been shot by the other hunter using the property. The cell phone picture left little doubt that the weeks I had spent hunting would require new focus. The buck was taken fair and square, and I was happy for that hunter’s success. As hunters, we win some, and we lose some.

I slept in the next morning and did not get out until the late afternoon. Although there is always a chance a bigger buck can show up without notice, it had been a rough season by many standards. The number of deer I had seen was a small fraction of what I was used to seeing, even after prowling the same habitat for more than two decades.

Social media proved that I was feeling sorry for myself and that the only way to get a big deer was to put in the time. Pictures were posted daily of true monster bucks that Alberta is renowned for producing. Either more people were sharing photos, or the hunting season produced more trophy bucks than I was used to seeing. Instead of feeling long in the tooth, I used the pictures as inspiration to take advantage of the season before it was over.

Getting Closer to Home

I refocused my attention closer to home and hunted a buck I have been watching for two years. The tall, wide antlers are impressive, but the deer is anything but predictable. The buck could be considered a curse of the trail camera. I wouldn’t even know this buck existed if it hadn’t been for the cameras continually taking photos. The smart, old Whitetail was a master of his domain and utilized the cover of darkness whenever he moved. It was rare to have a daylight photo, but the rut could act as an equalizer for me if the buck let his guard down, I thought.

The change of scenery was good. With more deer sightings than I had experienced all season, hunting was more fun than frustrating again. At least five mature bucks were running the trails, and with plenty of does and fawns, antlers were a regular sight. Having the opportunity to pass on a buck brought hope and made each outing exciting. Moreover, I was almost out of excuses after hunting the same area for weeks with little to show for it.

I was lucky to already have a moose and an elk in the freezer, making my deer hunts more about the adventure than winter vittles. Holding out for a big buck is half the fun if deer sightings are a regular occurrence.

Giving the Bow a Try

I picked up a new TenPoint Havoc RS440 With the Garmin Xero X1i scope and decided to spend the last few days of the season trying to fill a tag with the new bow. If the big boy showed up, I would be beyond grateful. However, any mature deer would bring an exciting end to the season with the new archery tackle.

With three days left in the season, a buck approached my stand. There was plenty of time to size up the deer, and I knew it well. It was one of the four-pointers I had seen on multiple occasions. I made the decision to pass on the deer, knowing the season was quickly coming to an end.

The next day, I saw the same buck, and I was at ease letting him walk down the game trail undisturbed. There was no need to shoot the deer to feel satisfied with my season. With an hour to go in legal light, a movement to my left had me straining to find antlers. It was one of the bigger four-pointers. My heart was starting to race, which let me know it was time to focus.

With about 25 hours left in the season, it was down to the wire. The crossbow slid up to my shoulder and I ranged the buck at 32 yards. The deer took a few steps, turned to quarter away, and I instinctively placed the aiming point in the Garmin Xero X1i low on the deer’s vitals. The arrow penetrating the buck provided an auditory confirmation that the shot was accurate. The deer took off on a dead run, but it wasn’t hard picking up the trail and tracking.

The buck provided closure on a frustrating season. I was grateful for the opportunity and was thrilled to take a deer with my new bow. The big buck that drives me crazy with trail camera photos remained elusive throughout the season.

However, the day after deer season closed, I saw three does acting rather strangely. To my surprise, the big boy ran into plain view and provided a great photo opportunity. I laughed out loud and knew the buck was the ultimate reminder of how deer season works. The chase, the constant calculations, playing the odds, and hoping for an ace and a king are part of the hunting gamble every year.

I finally hit Blackjack. The buck had lost his hand on this practice round when there weren’t any stakes at risk. I waited for him to turn around and stick out his tongue, but truth be told, he didn’t care about me or my aspirations as a hunter. His lust to continue the circle of life had finally exposed him, but at a time when he was not at risk.

Knowing those prominent genes will be part of my hunting future is exciting. However, I am already hoping the old boy slips up again next year, but this time during the hunting season. Until then, I will continue to make excuses as to why the buck continues to outsmart the hunter.

The human body is continually generating new odors and deer know what you smell like. A scent control routine includes everything from preparing your clothing when you get up in the morning to ensuring your vehicle is scent-free before you get in it, then covering all your bases before you walk into the field. Some people say that I’m a little obsessed with scent control, but I know it makes a difference and has led to success in the past. Check out the complete line of Scent Killer Gold products to give yourself an edge when hunting a big buck.

TenPoint has perfected crossbow reverse-draw limbs to elongate the power stroke and maximize stored energy. The Havoc RS440 is extremely compact, being smaller, shorter, lighter, and well-balanced. The Havoc is 26.5 inches long and 7.5 inches wide axle-to-axle when cocked. The compact bow sports a 13.5-inch power stroke, allowing 16-inch, 400-grain arrows to fly at an honest 440 fps. Weight without accessories is 7.5 pounds. The two-stage trigger breaks at 3.5-lb pull, increasing consistency and accuracy. The ACUslide, which runs up and down the rail, allows the bow to be cocked or de-cocked with the cranking handle, locking into the trigger box when ready to fire. The bow is packaged with a Garmin ZERO X1i or EVO-X Marksman Elite Scope that is speed-adjustable.