Here’s Why Hunting with Premium Ammunition is Worth the Price 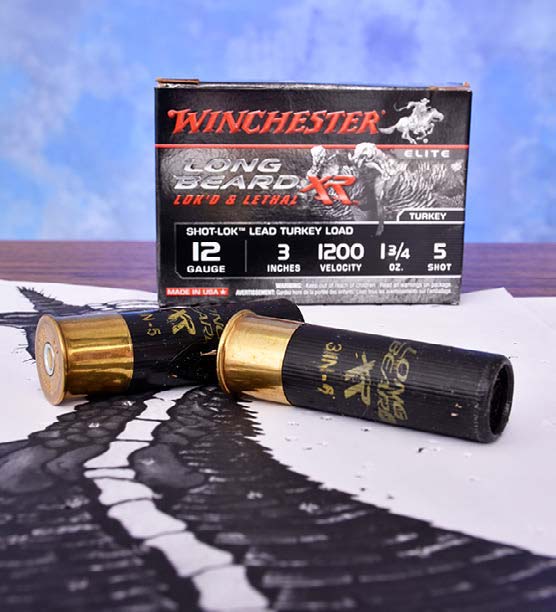 When you’re standing at the ammunition counter in a gun store, the choices are staggering.

There are many selections: discounted ammunition, run-of-the-mill ammunition, and then the premium stuff.

Premium ammunition often offers the latest and greatest technology. As the price goes down, so does the technology. Sometimes, a premium price isn’t for anything fancy, but just for ammunition that is loaded more precisely, more consistently and with better components.

But is it worth it? This is a multi-faceted question that needs to be broken down discipline by discipline.

I had my eyes opened as to the difference when doing an article on .22 rimfire competition, specifically the Canadian Precision Rimfire Series (CPRS). For those not familiar with precision rimfire, it is modeled after centerfire precision. Shooters fire from a variety of positions at targets from a distance of 25 yards out to 300 yards. (And yes, I did say 300.)

Full disclosure: with my .22, a heavy-barrel Savage .22 with Accu-Trigger (which should be accurate), I wasn’t getting good groups shooting various makes of regular .22 ammunition. Then, preparing for the CPRS shoot, I shot Eley and Federal Match ammunition. The difference was nothing less than astounding. A gun that was hard to get one-inch groups out of at 25 or 50 yards was printing less than half-inch groups from a bench rest at 100.

I had another awakening while I was shooting black bears with my 6.5 Creedmoor. I harvested a black bear with it, using one of the major ammunition company’s Whitetail loads. It was about a 15-yard angling shot, and it went right through the heart. The only damage was

a hole in the heart that was not much larger than the bullet. That bear went about 20 yards.

The next year, my daughter used the same gun with Hornady ELD-X, shooting a similarly-sized bear at a similar distance. Her shot was quicker, and it was off a bit, hitting the liver. The bear went about 70 yards, but the difference in bullet expansion was incredible. The bear’s liver was decimated.

And then there’s turkey ammunition. After reading Thomas Pero’s book, “Turkey Men,” about the turkey hunters who completed a Super Slam (shooting a turkey in each of the American states having turkey populations), I noticed that many of them shot Tungsten Super Shot (TSS). The timing of the book was such that these were the early days of TSS, before the major manufacturers were loading TSS, and then it was harder to get.

For those not familiar with it, TSS is much denser than lead. What this translates to for the end user is that the denser shot hits harder. This means the hunter can use smaller shot and get the same punch. For instance, many manufacturers advertise that their #9 turkey loads hit with the power of a #6. However, the pellet count is much higher, meaning there is a denser pattern, and that the range can be extended. Obviously, these turkey hunters thought it was worth it.

Much premium ammunition surrounds rifle bullets, and that’s where it got its start. The goal was to improve weight retention to increase wound trauma. Different companies reached this goal with different designs.

The trend started in 1946 when John Nosler was moose hunting in Canada and had a moose that wouldn’t fall to his .300 H&H Magnum. He started a quest to develop a better bullet and developed the Partition, which was a dual-core bullet. This led to the start of the Nosler Partition Bullet Company in 1948.

Hornady, Sierra, Swift, Barnes all had different products, but all stressed high quality for reloaders.

In 1974 that changed when Federal started loading Nosler’s Partition bullets. Prior to this, Federal’s PowerShok, the traditional cup and core bullet that the company started with, was its main line. The loaded Nosler rounds were the first largely available premium ammunition.

“That’s where Premium got it foundation is selling premium ammunition like Nosler and Sierra,” says Drew Goodlin, senior director of engineering with Federal Premium. “Federal started offering that to the consumer.”

Federal still loads Nosler, Swift and Sierra, as well as Barnes bullets. It also has its proprietary premium lines. Fusion is a mid-range line with the jacket bonded to the core to keep the bullet together. Other middle-line products are Non-Typical Whitetail and Bonded Core Lokt. Terminal Ascent is Federal’s newest development.

“It’s the best bullet in terms of accuracy and terminal range,” Goodlin said. “That’s hard to do with conventional bullets.”

Goodlin explained that Terminal Ascent has good terminal energy for breaking bones and works well at both close ranges and at a long range. The components for the premium bullets have tight requirements, Goodlin explains, and many are culled out.

When asked about what is creating the demand for premium ammunition, Goodlin says that hunting experiences lead some people to premium ammunition. “If you ever lost a trophy animal or didn’t take a shot because you weren’t certain the bullet will do the shot, you begin to look for something that performs better,” he explains.

He also says that if the animal is quartering away and not presenting a broadside shot, the premium bullet is a better choice. “Terminal Ascent, with its bonded core, will break bones and get to the vitals,” Goodlin says. “There are a lot of situations like this where standard bullets have failed to penetrate.”

With more people shooting longer ranges, he says that a bullet with top performance was needed.

For years, lead shot was the standard for all waterfowl, turkey and upland birds. It would shoot through all guns. Sure, there was a move to make better patterning turkey loads, but not like the innovation of the last 20 years. The banning of lead shot for waterfowl and the move to steel, bismuth and tungsten was a factor in a wave of new product development that had not been seen before.

Goodlin explains that because steel flies straight, the pattern can be too tight. Having the band on the Flitestopper pellets opens up the pattern and fills it out by flying to the edge of it.

The next year, Winchester followed with its Blind Side shells. The pellets in these loads are hexagonal. This allows more pellets to be physically packed into a shell, which causes more trauma and produces better patterns.

The level of innovation in turkey loads was driven by the desire to produce tight loads at greater distances. After Remington’s early work with multiple-shot size loads, more recent work includes Winchester’s Long Beard, Federal’s Grand Slam, Hevi-Shot and Tungsten Super Shot. The complete evolution of turkey shells is a separate story in itself.

A WORD FROM OUTFITTERS

Matt Siemens, sales representative for Canadian importer Korth Group in B.C., Yukon and Northwest Territory, has a somewhat unique perspective. He has seen thousands of animals taken in field conditions. Aside from being an avid hunter, Siemens has taken part in culls in the South Pacific and Africa.

He believes premium ammunition results in quicker kills and animals traveling shorter distances after being hit. Siemens also said a bullet that stays together like Hornady’s GMX (recently redesigned and renamed CX) helps make marginal shots, such as quartering away, more effective.

“The controlled expansion of the GMX/CX allows for the deep penetration required to get to the vitals from marginal angles, turning what could be called a marginal shot/angle to a completely viable shot,” he said. “With the bullet getting into the vitals, it does result in the animal doing less travel after impact.” 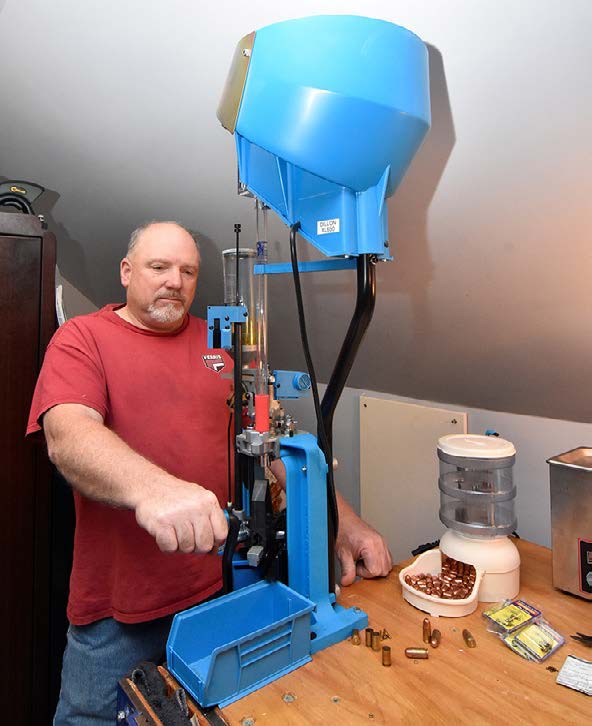 RIGHT FOR THE JOB

Another advantage of premium ammunition is the ability to pick the right bullet for the job, be it a cup and core for close-up hunting, a varmint bullet, a solid bullet like GMX or a bullet like ELD-X for long range shooting.

Siemens explains that ELD-X is a high-ballistic, coefficient bullet designed for accuracy at long ranges. It is also designed to be soft enough to expand at 700 yards and tough enough to do the job properly at 70 yards. He compared it to Hornady’s Interlock. “If you put it through the vitals, it will do the job, but the ELD-X with its higher ballistic coefficient is more forgiving if you misjudge the distance, since it drops less,” he explains.

Darcy Bowyer, former owner of Bowyer’s Outdoor Sports in Maple Creek, Saskatchewan, used to sell a variety of premium ammunition from Hornady, Federal and Nosler. He observes, “Any of the serious hunters, they like the premium stuff. Some of the guys used the analogy that if they were spending $150 on gas, what was another $5 on ammunition.”

Terry Smith, partner in Newfoundland’s Where Ya Wanna Be Outfitters and New Brunswick’s North Shore Guide Service, recommends ELD-X for its long-range potency.

Sure, premium ammunition costs more. For those who reload rifle ammunition, this can cut down on the cost. Reloading also allows fine-tuning, which will further increase accuracy.

I think of a story that a gun store manager used to tell when customers debated the cost of ammunition. He asks customers this: If after injuring a big tom turkey that you think premium ammunition would have killed, imagine there is a leprechaun standing on your shoulder asking for $10 to make the shot a fatal one.” Most of us would pay that $10. And the additional cost for a single TSS turkey load versus cheap loads is $10.

So, getting back to the question of whether premium ammunition is worth the price, many believe it is, because it can turn marginal shots into good shots, which can save a hunt.

Jeff is a passionate outdoorsman who enjoys hunting with his family in Southwestern Ontario, and beyond. Jeff looks forward to turkey hunting each spring, and then switches to fishing with his family for perch, walleye and bass in the summer. In the fall, Jeff is busy chasing whitetails, waterfowl, fall turkeys and moose when he isn’t working or pheasant hunting with his English cocker spaniel.

View all posts by Jeff Helsdon