Rifle Caliber, Cartridge, or Bullet Design – Which Matters Most? 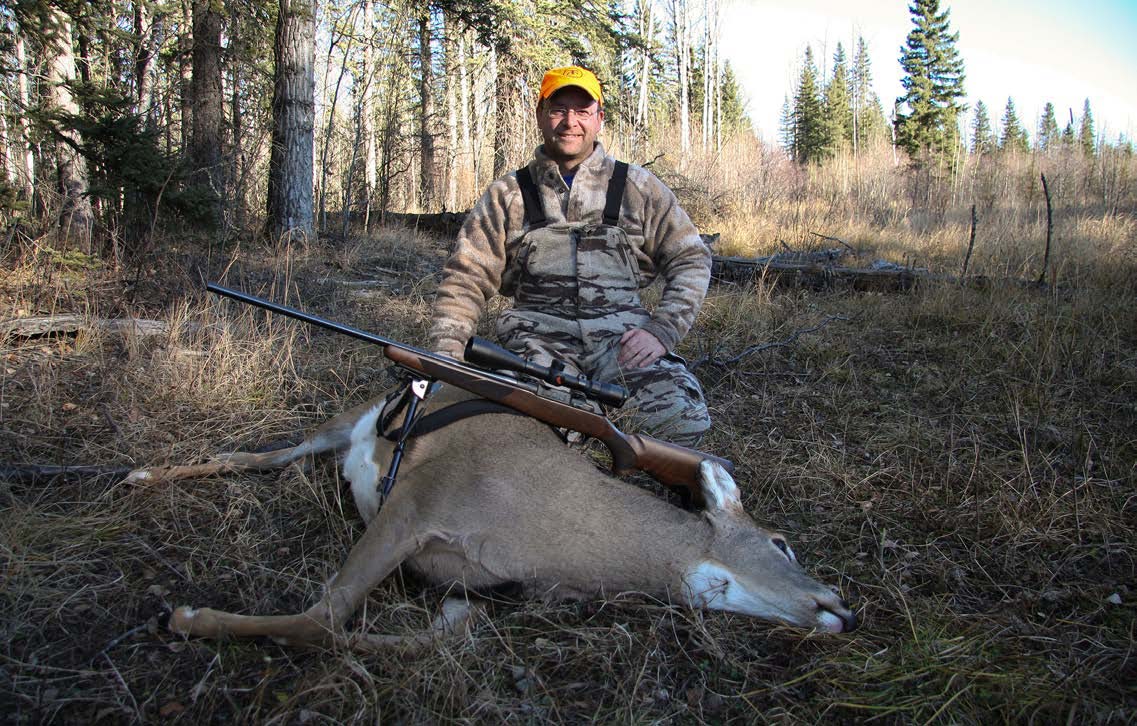 Ask 10 different deer hunters which is the best rifle caliber, and you could get just as many different answers. With so many new, and, arguably, improved options available today, the decision isn’t just about caliber, but also about the many advancements in cartridge and bullet design as well. Visit any internet shooting forum and you’ll quickly discover posts addressing this topic. It’s a fair and intriguing question because the growing list of options can be dizzying.

Before we can even start to discuss the topic, we need to establish some definitions. For the purposes of this article, let’s say that caliber refers to a rifle’s bore size (as in .243, .308, .375, etc.), usually expressed in inches, but also sometimes in millimeters. Then, cartridge refers to the entire round of ammunition, using its industry designation as in .243 Win, .308 Win, or .375 H&H. This leaves us with bullet design, and by that, I mean the physical construction characteristics of just the projectile. Some deer hunters simply want to know which caliber they should buy, caring more about the size of the bullet than the cartridge configuration itself. In other words, their focus is on which calibers offer too much gun vs. too little, and which is exactly right. Others want to know which cartridge is best, while still others only want projectile (bullet) information. The issue regarding this topic now is that the answers aren’t as straightforward as they used to be.

Whenever someone tells me they’re in the market for a new deer rifle, and then asks which I think is the best caliber/cartridge/bullet design, my response is qualified. Years ago, I would promptly offer my own personal preferences, but now my response is more detailed. It has evolved from immediately proclaiming my personal favorites and denouncing the ones I dislike, to talking more about target species, anticipated shot distances, bullet performance, and then corresponding cartridge options. In fact, my usual response almost always touches on a category of calibers, but zeros in on the most suitable cartridges as a top priority. Allow me to explain why.

Not that long ago, rifle shooters favored a small handful of caliber choices. With few exceptions, traditional favorites like 30-06, .270, .308, .303, and .338 covered it all. Ammunition in these bore sizes was commonly stocked on the shelves at hardware stores and gun shops. Any rifle found on a target range, the porch of a farmhouse, or in the closet of a hunter would typically be in one of these bore sizes. Recently, however, we’ve seen an increase in the popularity of other bore sizes. These include .243 and 6.5mm as good examples.

For starters, consider this. If you’re hunting medium to bigger game like northern Whitetails, mule deer, elk, moose, or large bears, chances are you’ll consider something with at least a .30 caliber bore. For smaller and medium-sized coues deer, Blacktails, Whitetails, or even mule deer in the southern U.S. or Mexico, the .30s are great too, but you might consider a .277, .257, or even a .243 sized rifle. Now, before you go shaking your head, understand that the second—and equally (if not more important part of the equation)—is your cartridge of choice. I’ve been remarkably successful taking an assortment of North American and African plains game and northern Whitetails with a .243 Winchester using a 95-grain Accubond bullet.

This reinforces the fact that firearms and ammunition have come a long way, especially over the last couple of decades. This is to such an extent that the age-old question of “which is the best hunting caliber, cartridge, or bullet?” is being bumped aside by highlyspecialized cartridges. So, to answer the “which one is best?” question, it’s important to consider both caliber and cartridge, how they interact, and the shooter’s end goal.

To be fair, each cartridge is designed for a certain purpose. Some, like the 6.5 Creedmoor, while initially designed for target shooters, have become popular among hunters. Others, like the 204 Ruger, were designed for varmint and predator hunters, and it hasn’t moved an inch from that niche. As an example, consider the classic .30 caliber rifle bore. Winchester currently offers factory ammunition for 10 different .30 caliber cartridges (and that’s not all of them, by any means). Hornady’s handloading manual lists data for 24 cartridges in this bore size.

So, if we consider that caliber choice is important but, secondary, to our cartridge selection, how do we choose the right one? It can be a dizzying question, no doubt. Yes, caliber choice is important, but so is cartridge design. Should it be belted, rimmed, bottleneck, straight wall, long or short? High-tech is the name of the game these days, and if you have the patience to wade through specifications, you’ll eventually end up with a suitable cartridge. The key lies in determining which parameters are most relevant. If you have a preferred caliber, as long as it’s somewhere in the ballpark of suitability for the species you plan to hunt, marry it with a suitable cartridge and you’re good to go.

Few hunters have a clear understanding of the immense range of bullets on the market Terminology like X-bullet, Partition, Ballistic Tip, Bonded, Core-Lokt, A-Frame, Fail Safe, Soft Point, Solid, and a lot more are common in today’s ammunition marketplace. Frankly, it makes my head spin just thinking about it. To make a decision about bullet design, always think about your application. Which deer species are you planning to hunt? What are your likely shooting distances? And what muzzle velocity is your rifle/cartridge combination capable of?

Just like rifle cartridges, today’s bullets are designed for specific applications. Some are made to expand violently, others to retain their mass. Some are created to retain velocity over distance and minimize crosswind influence. Others are built solely for accuracy. While bullets are improving all the time, no manufacturer to date has been able to design the ultimate bullet that’s perfectly suitable for every mission.

Peruse the ammo shelves at your local gun shop and the selection can be overwhelming. Even if you reload, you still have to choose your components. All manufacturers have their own versions of what works best. Companies like Barnes, Federal, Winchester, Remington, Norma, and Hornady have unique and sometimes shared designs on the shelf.

If you’re not confused enough by now, here’s another question. What grain-weight bullet should you choose?

Simply speaking, the lighter the bullet, the faster it flies. And within any given category, lighter bullets are usually intended for the smaller game suitable for that caliber of firearm. By comparison, heavier bullets are designed for use on bigger species that the same caliber is used to hunt. For instance, a 30-06 Springfield loaded with a 125-grain soft point may be fine for coyote control; it is overkill if preservation of the fur is the end goal. At the other end of the spectrum,  a heavier 180-grain Nosler Partition bullet out of that same cartridge would be better suited to hunting big Whitetails, mule deer, elk, or moose.

I’ve experimented with many cartridges over the years and have settled on a few personal favorites. For coyote and wolf hunting with my 22-250 for instance, I like Winchester’s Varmint-X 58-grain polymer tipped bullet. For northern deer and elk, I like to use a 7mm Remington Magnum with the 160-grain Accubond CT. This bullet is fast, flat, and consistently retains its mass. Most often, I’ll find the bullet lodged just under the skin on the opposite side of the body from the entrance wound.

Test it at the Range

Regardless of which caliber and cartridge combo you choose, be sure to test them at the range long before you plan to hunt. You’ll learn how they perform only by shooting at different distances and even different targets. Remember, not every rifle likes every brand of cartridge. You may have to test a few factory offerings before settling on the one that works best in your rifle. Strive to find the balance between accuracy and terminal performance.

If you’re not sure where to begin, don’t be shy about talking to other hunters and the staff at your local sporting goods store. Remember, everyone has an opinion. It’s up to you to sift through all the information and determine which caliber, cartridge, bullet design, and weight will work best for your application.

Which is Most Important?

In the end, the decision is yours. I know hunters who are fixated on the cartridge, but I lean much more toward bullet choice. Shot placement and bullet performance are, in my view, the most important factors. If your equipment is dialed in, you understand the cartridge ballistics, and you know where it shoots, the rest will fall into place.