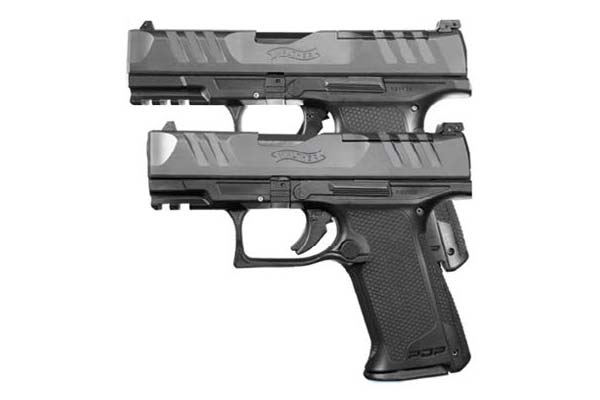 Over a century of engineering passion & precision worksmanship specifcially designed for a woman’s hand.

For female shooters who simply will not sacrifice on unmatched versatility, dependability and effectiveness in both concealed carry and conventional service situations, the Walther PDP F-Series is how you stay READY.

The same engineering passion, precision work- manship and innovation that made Walther’s PDP a groundbreaking achievement in firearms is now tailored specifically to Female shooters with the PDP F-Series pistol. The new F-Series elevates the next evolution in world class ingenuity for pistols to meet the demands of female shooters like never seen before. Accounting for pre- cise structural differences, Walther has completely reengineered the ergonomics of the grip to be designed for the exact biomechanics of women’s hands. Featuring a new patented operating system resulting in a reduc- tion in slide rack force paired with all the performance duty features of the PDP, the F-Series pistol is the elite choice for all women. Put Walther’s timeless legacy of unmatched performance in your hand today, because whether you are with your family or on your own – it is up to you to be READY!