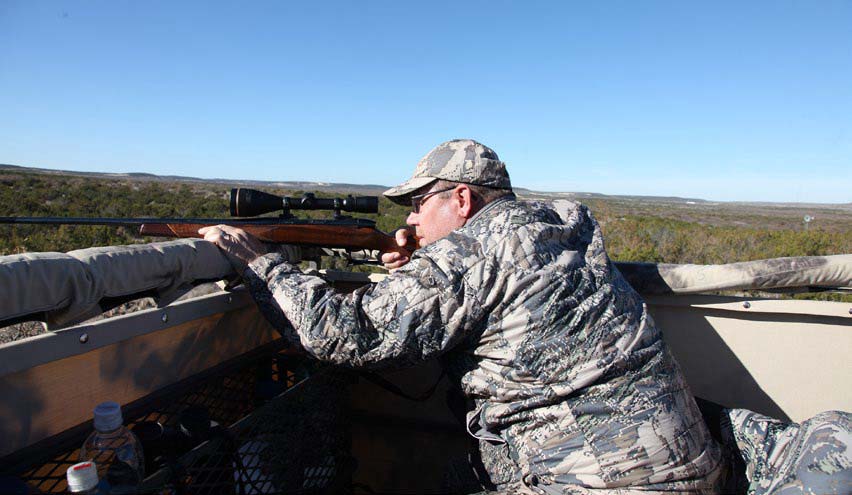 Mindful of the wind, we edged up a ridge with better visibility before starting our rattling sequence. For over four minutes, the antlers resonated as my hunting partner rattled to mimic a fight between two bucks. Then, without warning, buck came rushing towards us. With its head held high, the deer scanned the tangles of brush for any sign of the combatants. It was obvious he was more than curious and anxious to get in on the action, or at least size up the competition. Unable to see the deer making all the racket, the buck did what whitetails do best, and moved downwind. Seconds later the white flag went up, and he was headed back into the hills, a little confused by the experience.

I thought the encounter was cool and started to pack up my gear to move to the next spot when my hunting partner, Steve Ray, signaled me to sit tight. I watched as Steve continued to smash and clash antlers to draw another buck. I felt a little naive and knew several myths about rattling were now unraveling before my eyes. 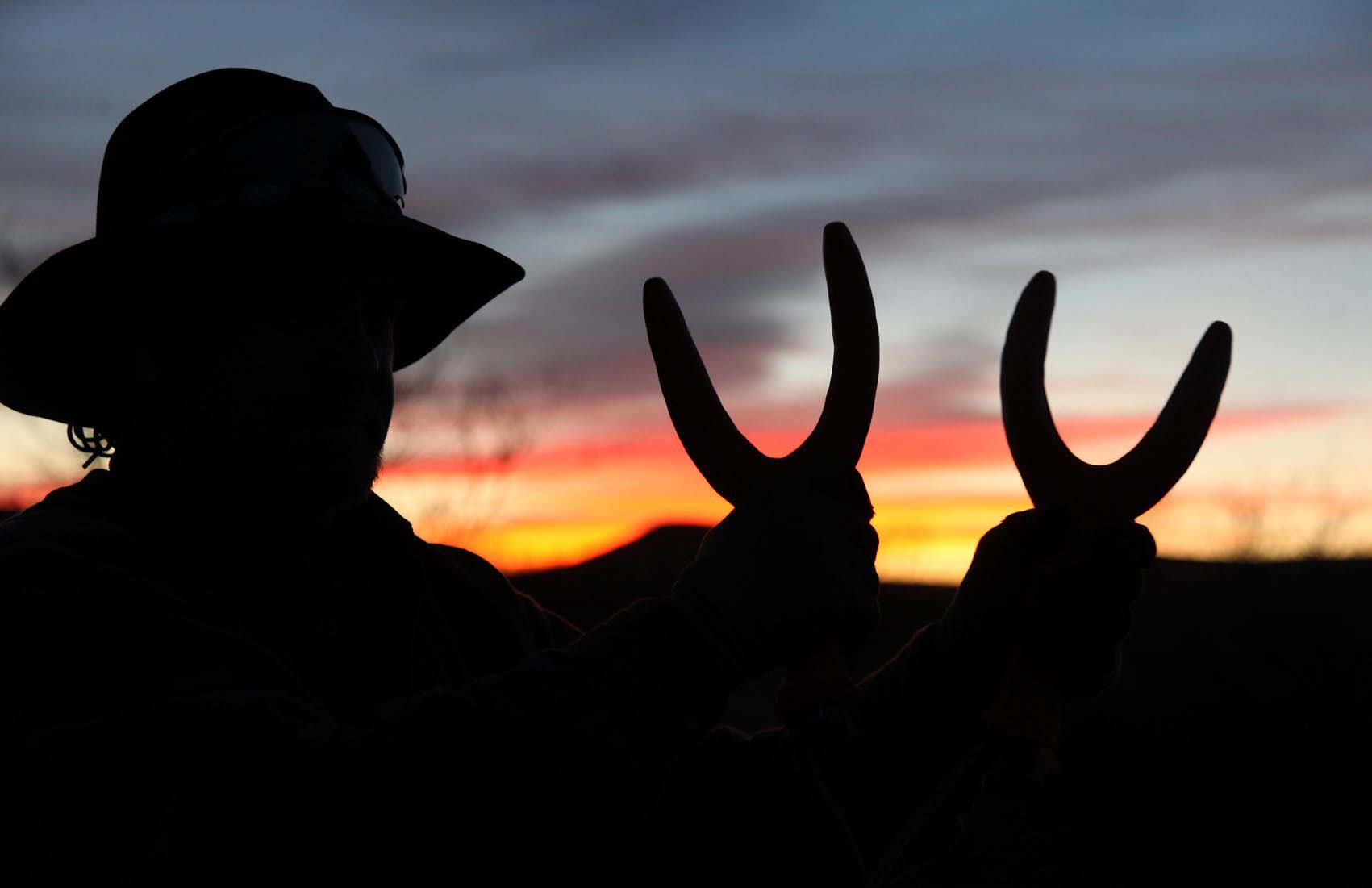 I paid more attention to the rattling routine to learn trade secrets. Steve takes an empty plastic water bottle with him when rattling and throws it on the ground so he can run his foot back and forth over it. The crunching, crackling sounds generated mimic the breaking brush and provide the sounds of energy without a real deer fight. I thought it was an economical and effective way to generate the noise without having to try and break branches and stomp brush to do the same. I had heard that you rattle for a sequence, set down the antlers and wait a period, then start into rattling again. Not. Ray kept rattling the entire time, and my eyes grew wide when a second buck came sneaking in on us. What I learned is that if you are going to rattle, then rattle. Before we were done we rattled in three different bucks to the same location.

I bugged Steve with a barrage of questions and wanted to know more about rattling sequences and his thoughts behind the length of sessions and intervals. He explained that he likes to start with a two to three-minute rattle, then stop to wait for the same amount of time. He then rattles for 5 to 10 minutes and takes a short break. If nothing comes in, he starts a 45-minute session with little or no breaks. His rationale is that smaller bucks will rush in to see a fight, but a big dominant buck needs to believe there is real competition before getting fired up. We saw exactly that with several smaller bucks coming to our rattling sequences. 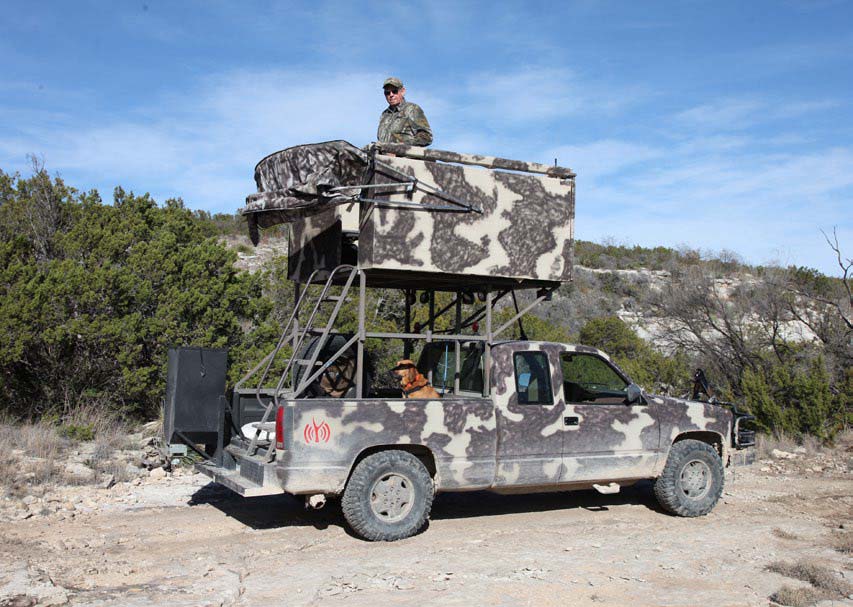 I was pleasantly surprised when several does came to the antlers. Does came crashing in headfirst to get a look at the sparring partners making the noise. So much for the theory rattling only brings in bucks. The does were a positive to have in fight arena, as the rut was in full swing and the presence of any female could spark a reaction from a dominant buck. Even having the scent of a doe near the fight arena could be beneficial to any rattling routine.

We hunted for an entire week and spent our whole time rattling. There wasn’t any sitting in treestands or ground blinds. We worked areas with good cover and deer sign and rattled for about an hour in each location. It worked. We didn’t rattle in deer at every spot we tried, but we did have multiple deer come in regularly. The length of the sequence was important, as the more mature bucks took their time coming in. I could picture them standing off in the brush and staring at the sound trying to determine their next move. We were hunting in Texas and had a top drive, which helps to see things, giving you a bird’s eye view over the mesquite. 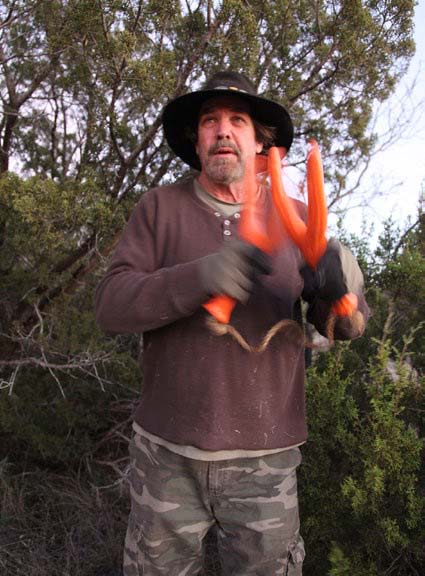 Steve is no stranger to rattling deer, and it wouldn’t be a stretch to say he is addicted to it. He has been perfecting his game for decades, and although he started with natural antlers, he was always looking for something better. Over the years, he developed Rattling Forks made of a dense polymer material that resonates sound louder and farther than real bone. The design also took ergonomics into account, and the forks are easy to grasp, hold, clash together, and most importantly keep your fingers and thumbs from getting smashed in the mix.

Watching the Rattling Forks in action debunked another myth that you can be too loud. I can tell you from watching that the louder and crazier the fight sequence the faster the deer came in.

How often should you rattle? If you are actively clashing antlers all day, you should be able to fit in at least five sequences before lunch. I’ve heard people say you can’t rattle bucks in after they’ve bedded, but I’m here to tell you we brought in deer at all times of the day. We weren’t restricted to first or last light and didn’t have to time things with the moon phase. We rattled all day and every day, and we saw good numbers of deer come to our mock fights.

Choosing a rattling location is the most important, as incoming bucks shouldn’t be able to see you or smell you. With the top drive, we watched most deer come straight into the rattle and then they started working their way downwind. I don’t know how many times I’ve heard people tell me deer always come in downwind. They may eventually move downwind, but they come charging in from the direction that is the shortest line from where they were when you caught their attention. What that means, is you always need to have good visibility to see deer skirting your position to get your wind. 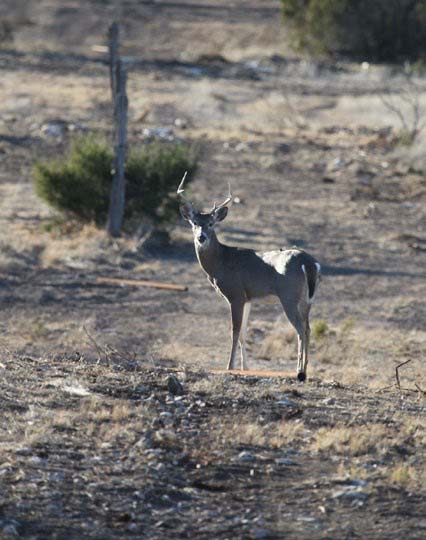 Almost every deer ran towards us, stopped, stared intently to figure out the scenario, then started a wide circle to get downwind. The bucks loved the thought of a fight but wanted to know who the competition was before committing to a full-on charge. The only time to expect a buck to come stomping straight in is with a dominant deer that truly believes he has competition in the neighborhood. So, try to keep viewing lanes around you where you can see 100 yards to catch deer circling your location.

Watching how deer respond provided some insight as to how to use existing hunting areas for rattling. Start a sequence 100 yards upwind of your favorite stand or blind, then fall back to use your vantage point to see if bucks come in.

Of course, rattling is always better with two people, as you can have the shooter set up downwind of the person rattling to catch bucks swinging around. If you hunt heavy cover, where you don’t have lanes of sight, the two-person approach is always a good option.

We were hunting an old buck that Steve had seen in previous years and thought he knew the home territory. We rattled the old boy the first day out but didn’t have an opportunity for a shot. Would the buck come to the horns again? I’ve heard lots of myths that once a deer is rattled in it can’t be fooled again. For starters, we rattled in the same buck several times in a single day on our trip, so I don’t think a deer gets programmed to avoid natural rutting noises. The old buck we were after took a little work, but late in the afternoon of our last hunting day, we set up about half a mile from where we had seen the old boy earlier in the week.

Steve set up to rattle about 80 yards behind me, and I sat vigil to watch the surrounding brush. The wind had picked up, and the first thing I noticed was how clear the Rattling Forks produced sound. I could hear Steve moving around a bit by following the sounds of the forks and the crunching of his water bottle. We had been rattling about 40 minutes when a big buck ran from cover. It didn’t appear to be timid and marched right out like he owned the place. His body language was much different than that of the smaller curious bucks we’d seen all week. When the buck turned to look in my direction, I knew he was mature. With ears drooping like a Brahma bull and a big Roman nose, the buck looked like a stud. 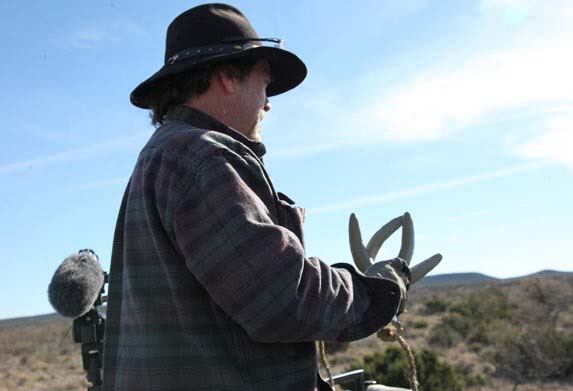 I wasted little time finding the deer in my scope and tracking it as it marched out into the open. I momentarily looked at the age of the buck before focusing on where to hold my crosshair. At the report of the rifle, the deer dropped its head and crashed into the dense limbs of the thorny brush. All fell silent.

We only had to track the buck about 30 yards before we found him. I had an incredible Texas brush country buck, but more importantly, a formal education in rattling.

Rattling Forks are designed, manufactured, and distributed from Austin, Texas. They are easy to hold and use and generate sound that reaches farther than real deer antler. They are an asset to anyone wanting to rattle in deer on a regular basis. www.rattlingforks.com; Phone: 512-694-5138

Create a Hunting Routine to Stay Nose Blind to Bucks. Wash clothes, bedding, and towels in Scent Killer Gold (SKG) Laundry detergent and use SKG dryer sheets. Prepare regular clothes to travel in, and hunting clothes stored in an airtight container or bag for in the field. Before the hunt, shower with SKG body wash and shampoo, conditioner, and soap, and use their deodorant before dressing. Spray seat in vehicle with SKG and wipe steering wheel with wipes. Travel to hunting area before dressing in your field clothes. Spray boots, clothing, hat, gloves, pack and other accessories with SKG spray. Shoot a big buck. Scent Killer Gold Product Details – wildlife.com 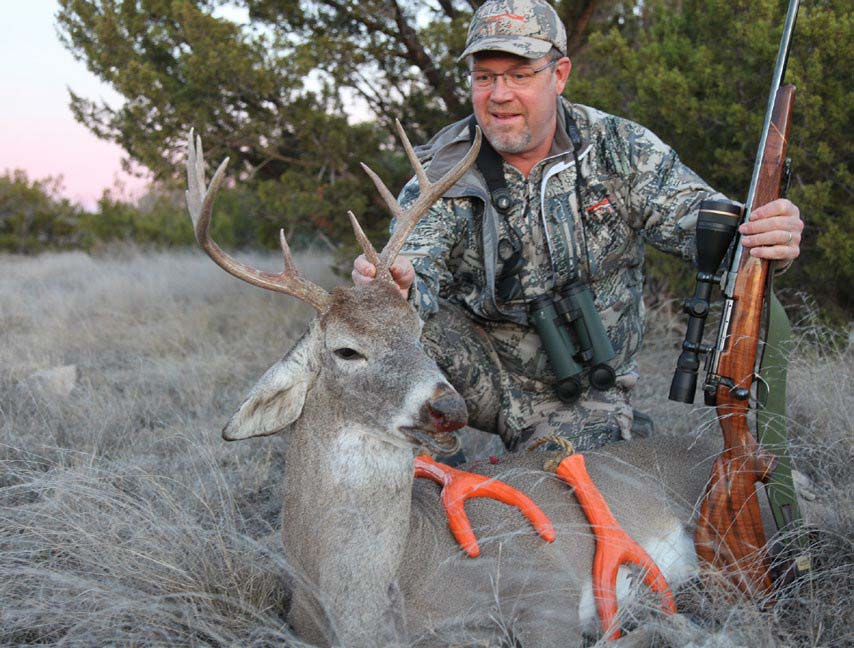 Using the ScoutLook Hunting app provides the major and minor wildlife movement times for the day. It was extremely accurate. Rattle during the best time frames of the day. Fifteen minutes elapsing on the clock was the difference between seeing predators in a “major movement” and seeing none. To become a more successful deer hunter, try the ScoutLook Hunting app and pay attention to the moon phase and major and minor time movements for game. Enter your successes in log to quickly show you patterns that work. For more information, go to ScoutLookWeather.com