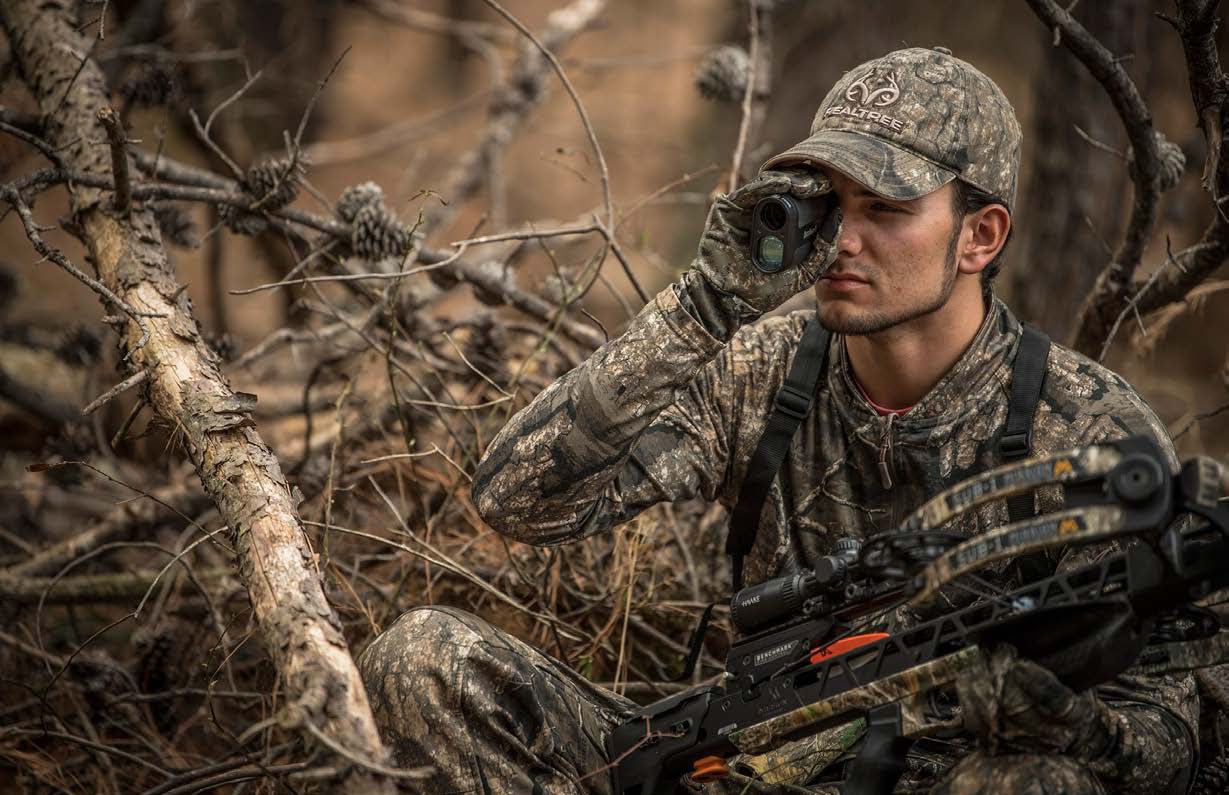 Not every deer hunter has access to large acreages. Most hunt small parcels of land. For those in the latter situation, the hunt often requires more patience. Other times, it requires a balance of aggressive and passive approaches. Regardless, smaller tracts of land often need to be treated differently than large ones.

Fortunately, you don’t need large pieces of land to kill big bucks. It’s possible to own, lease, or get permission to hunt on small lands and have success. After all, deer spend the bulk of their daylight hours in relatively small areas. Having access to 30 or 40 acres where deer bed down during daytime hours is better than having 200 acres that deer only frequent at night.

Of course, even those who hunt large areas can drill down and find these small spots on their property that offer the highest odds of success. Focusing on the smaller areas where deer spend the bulk of time during legal shooting hours is the best way to increase shot opportunities. So, regardless of where you hunt, or how much land you have, keep in mind these 15 small-spot tips to find and kill more deer.

Deer like changes in habitat. For example, if you have a lot of grasslands, mixed with pockets of thick, brushy timber (not mature timber), deer will gravitate to those islands of cover. Some deer will bed in the grassy areas, especially if it’s high-quality CRP (Conservation Reserve Program) or CREP (Conservation Reserve Enhancement Program) that offers plenty of horizontal cover. A lot of deer will target the islands of cover within it.

Likewise, deer are edge animals. They prefer areas that offer a variety of habitat types. The dividing lines between these habitat types are edges, which are often brimming with early successional cover. Deer like these places.

Another place deer like to bed up are stands of dense, low-level cedar trees. These provide thermal cover and shield deer from the elements. Temperatures are often higher here, too, which offers them additional warmth during spells of severely cold weather.

Whitetails are learning to adapt, and part of that means inhabiting small pockets of good cover that they find in suburban areas. While these areas are generally off-limits to hunting, you might just secure access to hunt these with a bow and arrow.

While deer generally prefer to bed on high ground, if the highest elevations don’t offer the thick bedding cover they need (which comes in the form of a high, dense stem count), they might bed at lower elevations. This is so, especially when they aren’t seeking out the solar bedding, they can get from higher elevations and south- facing slopes.

Like timbered draws, low flats with plenty of thick cover can be dynamite. Furthermore, hubs— which are where multiple ridges taper down and meet—are the same way. These small areas can be incredible spots to ambush deer.

Sticking with the low-elevation theme, ditches and drainages that are wide enough for deer to have enough space to bed down, and that offer a lot of horizontal and overhead cover as well as providing escape routes, are surefire spots to find bedded deer.

Deer excel at avoiding predators, including hunters. One place they do this with frequency is within marshes. They find high ground that remains dry and bed down there. Fortresses of water and cattails surround these daytime lairs.

The same holds true for swamp interiors. Dry ground surrounded by water is attractive to deer, especially mature ones with several seasons under their belt. They know how to evade danger.

The choice of deer hunting approaches and tactics is a matter of risk vs. reward. Selecting the level of aggressiveness or passiveness is best determined by balancing the odds of success and the likelihood of pressuring deer and alerting them to your presence before filling the tag. Therefore, while every situation is different, often those who hunt smaller properties are better off being more reserved.

This is true for several reasons. Number one, smaller properties generally have less bedding area acreages, which is where deer spend most of their daylight hours. Pressure them out of these areas, and they’ll potentially relocate to bedding areas on neighboring properties, especially if bumped too many times.

Number two, once this happens, the odds of seeing these deer during daylight decreases greatly. You might still get nighttime photos of bucks but intercepting them during daylight is much more difficult.

Number. three, smaller properties typically have worse entry and exit routes, or at least fewer options. So, waiting for the right conditions is even more important.

To weigh both sides, there are times when it makes sense to be more aggressive. First, if you have a history with a deer, and it tends to only spend part of the season on the small property in question (such as during the pre-rut, rut, post-rut, etc.), it makes sense to target that deer when it tends to be in that location. If your timeline is coming to the end of that period, being more aggressive can make sense. Another time this is true is if other hunters are hunting the same deer. You want to close the distance before they do but balancing a good game plan and the goal to tag that deer before someone else does is a difficult line to walk.

All things considered, knowing when to be aggressive and when to be passive is no easy task. One must consider all factors and make the best possible decision with the information at hand.

The ends of long ridges can serve as excellent bedding, too. These are the perfect places to detect and run from incoming threats. If deer see, smell, or hear something coming from above them down the ridge, they bail off into the bottom. If they detect it coming up from below, over the top they go.

Best described as the downwind sides of ridges, leeward benches offer significant advantages. The prevailing wind carries scent over the top of the ridge. Also, while the air is warming, thermals bring scent up from down below, too. So, for part of the day, deer essentially can smell intruders from multiple directions.

While some bedding areas are topography-based, most aren’t. The latter are deer magnets because of the early successional cover they provide, and few options are better than CRP and CREP. Of course, these grassland areas need to be very thick, and at least three to four feet tall (preferably taller). But deer certainly bed in such places.

Small brush piles won’t work, but larger ones will. This is only true if predators, such as coyotes or bobcats, aren’t already inhabiting these spots. So, deer like a bunch of piled brush, as long as there are multiple escape routes. 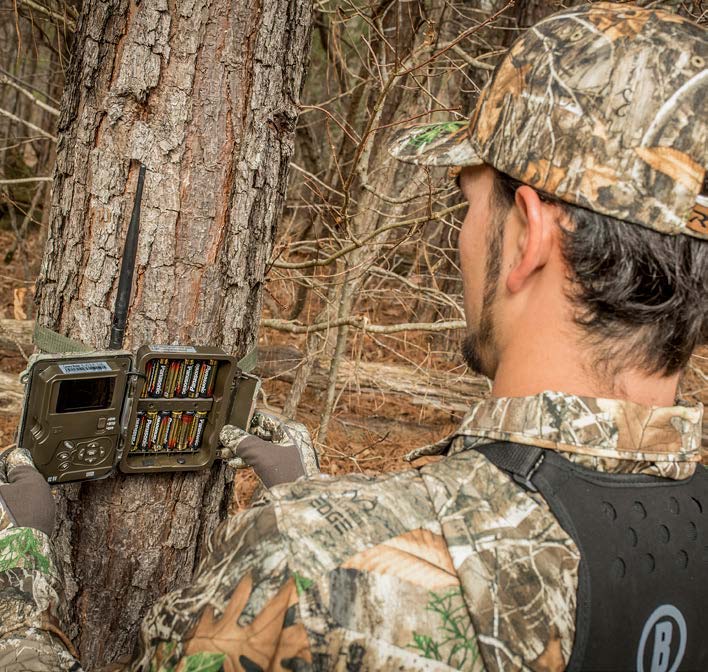 Like brush piles, clear-cuts are excellent places to find concentrations of deer. They like these areas for bedding and food. The horizontal cover makes them feel comfortable. The downed treetops offer buds and leaves to eat, and the cleared canopy allows new growth to spring up from the forest floor.

Lastly, don’t overlook oxbows, which are ultimately peninsulas of land surrounded on three sides by a lake, river, creek, stream, or other body of water. With the right wind directions, deer will be at the tips of these. Because predators will likely only come from land, deer don’t have to worry as much about them coming from three of the four directions. But, regardless of where predators may come from, deer can escape in multiple directions.

All things considered, there are many places deer bed and spend their daylight hours. Most properties, even larger ones, have a limited number of the land features mentioned above. It’s vital to find these elements where you hunt and focus on them to see if you can find more mature deer during daylight.

Dan Infalt, founder of The Hunting Beast, says those who hunt mature bucks should do everything possible to stay off their radar. For example, most things that require walking into the woods and leaving scent behind are typically best left undone.

“Really, what the heck is the fascination with mock scrapes?” Infalt asks. “Do people think there is some sort of advantage to a mock scrape that makes it worth the effort, or worth getting your scent all over an area, then hunting it over and over? That is not a lot different than a bait pile to me, except that a bait pile at least has the food aspect that makes them want to come back.”

“Good old boot leather and scouting should put you in the right spot, rather than a scratched- up piece of ground you pee on,” Infalt says. “I think your scent and intrusion has done more damage than the scrape has helped. A little effort being stealthy and put into scouting will do a lot more than trickery and trying to attract deer to you, in my honest opinion,”

Infalt says that it’s better if deer don’t smell, see, or hear you. “The best way to kill a giant buck is to catch him by complete and utter surprise. The time spent creating areas to attract deer to you, in my opinion, would be much better spent hunting for the buck.”