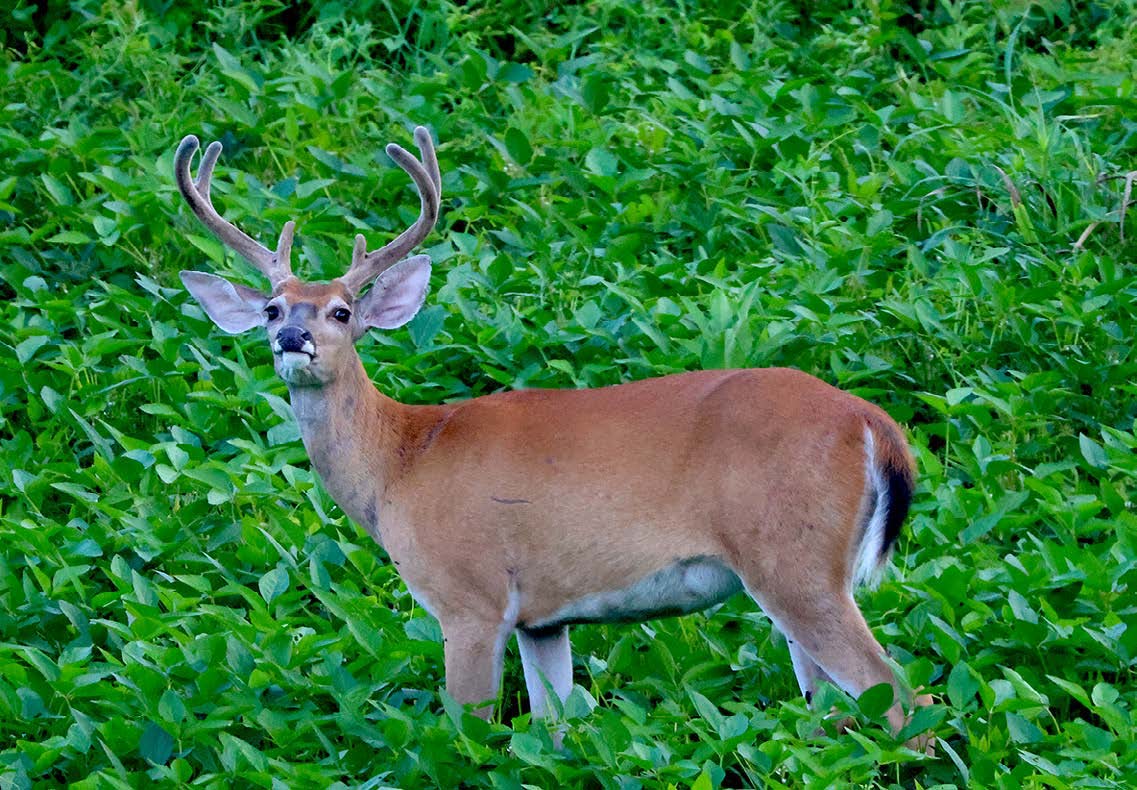 12 Mature Whitetail Deer Personality Types (and How to Approach Them)

Deer hunters who consistently tag mature whitetails understand a key component—whitetail behavior. They understand that each buck exhibits traits and tendencies that culminate as a perceived personality. Seeing these tendencies and translating them into actionable information is what separates good deer hunters from true whitetail experts.

Of course, whitetails don’t have personalities in the human sense. Deer are reactionary. They don’t have the ability to develop a true psychological identity. That said, a buck’s habits can still form into what seems like one.

When trying to determine a buck’s personality type, there are numerous things to look for. These include bedding preferences, food sources, watering tendencies, daylight movement, social behaviors, human toleration, core area usage and more. Here are some details about mature buck personalities, and the 12 different types to watch for. Most bucks exhibit one or more of these.

Most bucks participate in the rut, but research shows that a select few don’t. Generally, these are old bucks that are past their prime. Oftentimes, these deer have been whipped by several other deer in the area and they just aren’t interested in the confrontations that commonly come with the rut. As a result, these deer are quite timid around other bucks or avoid them altogether.

The only way to target this buck is through its belly. Find where it beds and/ or feeds, and then connect the dots. Set up along a daytime travel route. Make good on the shot when an opportunity presents itself.

You’ll recognize this deer because it only appears on trail cameras at nighttime. But that doesn’t necessarily mean it’s nocturnal. It could just be coming from too far a distance to intercept during daylight. Or you could be just off its daytime core area.

In reality, very few bucks are truly nocturnal. Most move at least short distances during daylight. But if you truly find one that doesn’t move during daylight, the only option is to slip into its bedding area several hours before daylight and set up shop within range of its exact bedding location. Then, sometime after daylight, it’ll stand up to stretch and move around some. Be ready for the shot.

This deer moves a lot during daylight. You won’t have a hard time spotting this buck in person or on trail cameras. It likes the sunshine and it isn’t afraid of anything. This deer struts its stuff all over town for everyone to see.

This deer presents a “Catch-22.” On one hand, you want to be reserved and sit in low-risk stand locations because this deer moves so much during daylight. There’s no reason to push toward bedding if it’s moving so far during legal shooting hours, right?

That’s true in some instances. However, if other hunters are nearby, your being too passive gives them more opportunities to tag this buck first. Furthermore, if you’re close to a potential shift, such as an acorn drop, yellowing soybeans, an approaching rut, etc., the deer could uproot and move elsewhere before you seal the deal. So, be aggressive but smart in your approach. Drill down on a pattern and get it done.

The loner whitetail wants nothing to do with other deer. Some bucks are true antisocial introverts. Of course, this deer rarely interacts with other whitetails. But when it does, it might be either aggressive or submissive, depending on its age and dominance. It doesn’t really get aggressive but will participate during the rut given the opportunity.

Also, if it is the latter, it tends to bed in the most impenetrable areas around. This can make the deer difficult to hunt. It knows the area is hard to access without alerting it, and that’s exactly why the deer lives there. So, when you hunt this deer, find the best possible entry and exit routes to target it.

The homebody buck doesn’t wander. It has a typical home range of one square mile (650 acres), but it rarely uses more than 5-10 percent of that area. It holds tight to its core area most of the time, which ranges from 30-to-60 acres. You’ll recognize this deer from loads of trail camera photos in a particular area. It frequents your trail cameras in specific spots but never hits others, even those that are nearby.

This buck is making it easy for you. Even though it doesn’t move far, it consistently stays in the same area. Determine its exact bedding areas, because it’s likely to be loyal to two or three spots that are within a relatively small area. Then, determine what winds the buck likes to bed in these spots, when it’s likely to be there, and set up along a proven travel route.

The predictable buck is just that—predictable. It does what you expect it to. When you see a pattern, it tends to stick to it. The buck moves during daylight and does it consistently, too. It uses the same bedding areas, food sources, and watering areas repeatedly.

To tag this deer, find ambush points along its known travel routes. For afternoon sits, start closer to food sources to decrease the odds of spooking the deer on the way to the treestand. If that doesn’t work, ease closer to the bedding.

Most bucks find themselves in specific patterns at least part of the time. Not this deer. The antithesis of a predictable whitetail, the unpredictable deer rarely if ever does what’s expected. It has a home range, but it always seems to bed, feed and otherwise travel in different areas. Patterns are few and far between.

This deer takes grit and patience to kill. It moves plenty during daylight, but the odds of seeing it are lower than normal due to its unparalleled randomness. Try to choose logical stand locations and focus on pinch points and funnels that might help create a shot opportunity when the buck is in the area.

The curious deer is inquisitive by nature. It seems to check out everything. It might even be less afraid of certain things than other deer and instead, exhibits curiosity instead of fear. You’ll recognize this deer easily. It noses up to other deer. It slowly checks out other things. It’s usually the last deer to leave the field when the group spooks. It might even stay put rather than run.

Fortunately, this buck tends to react to provocations. It might not come guns blazing, but it’ll likely check things out. So, use calling, decoying, and mock scrapes to grab this buck’s attention.

Most bucks bachelor up with deer in or close to their own age class. Not this one. It’s a mature deer but tends to group up with younger bucks. Oftentimes, it’s seen with 1½-year-old deer. Therefore, these bucks tend to fall in line with their younger cohorts and exhibit greater daylight activity.

Take advantage of this behavior when you see it. Pattern the bachelor group. Make plans accordingly. That said, the ticket is eluding the younger sentinels that pass through first. If they catch your movements, sounds, or scent, things will go haywire before the big one makes it into range.

The sensitive stud almost always shies away from confrontation. It doesn’t like to fight. It’s much more timid and jumpy. And if another deer looks crossways at it, it might just run off. Naturally, you’ll recognize it through its body language. Look for subdominant traits, including a relaxed posture, a low-hanging head, and more.

Exercise patience with this deer. It might be a short hunt, but it could be a long one, too. Just don’t be aggressive with your tactics. Try to keep things low-key.

Some whitetail deer mature into bullies. They’re always posturing, pinning ears, and showing their muster. They push others around and regularly make their presence known. This buck even seems aggressive in person and in trail camera photos.

Naturally, this is a prime candidate for calling, rattling, decoying, mock scrapes, and more. Anything that provokes its anger should create a potential opportunity. Play off its anger, aggression, and adrenaline.

The potbelly pig is a big-mouthed sucker that eats and eats. Food is everything, and this buck even seems to feed much more often than other deer. It might even prefer certain food sources over others.

When targeting this deer, set up over food, especially if the deer is making it to open areas during daylight. Then, if the deer hang back in cover, push closer to bedding areas until you intercept the target.

All things considered, this isn’t an exhaustive list of mature whitetail deer personality types, but it does include the most common ones. Finding a place to have consistent success is a difficult thing but learning the personality types of your targets can make things happen quicker. That’s why it’s so important to know all about mature buck personalities.

Want to know more about whitetails? We’ve got you covered!