Rating the Best: The Top 5 Handguns for Whitetail Success 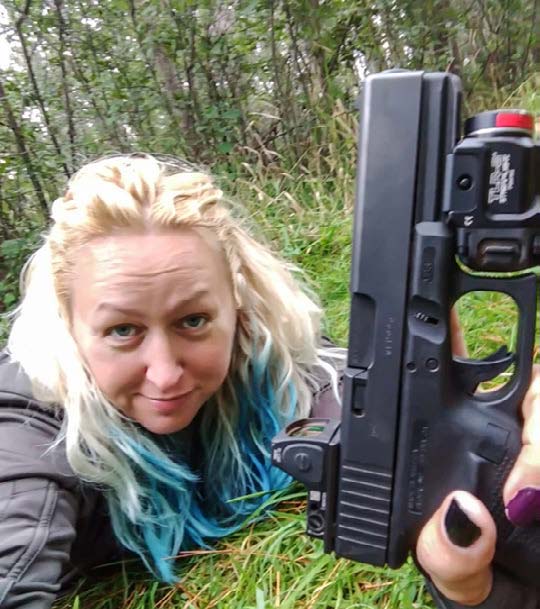 Whether you’re a longtime handgun hunter or new to the idea of chasing deer armed with a pistol rather than a long gun, there’s no denying that handgun hunting is experiencing a popularity spike.

This might be due to the proliferation of larger-caliber handguns hitting the market, or because self-defense folks are realizing they can apply their shooting skills to hunting without giving up their handguns. Whatever the reason, we’re happy to see it. Here are five of our top picks for Whitetail success using a handgun in the coming season.

Before getting into details of the guns themselves, let’s take a second to touch on the legalities of handgun hunting. The law varies by state regarding handguns and deer, and these can change regularly. That means it’s your responsibility to familiarize yourself with the applicable rules and regulations. It is legal to use a handgun to hunt deer in more states than you might think. Sometimes there are caliber restrictions, and it’s important to check first if you intend to hunt with an AR pistol. Some states have adjusted their laws as AR pistols are seeing more frequent use.

Remember: It is your responsibility as a lawful hunter to know and follow the relevant laws. Claiming ignorance of the law is not a valid legal defense (meaning it won’t work on the game warden, or in court).

Here are my Top 5 recommendations.

It seems impossible—or at least somehow wrong—to put together a handgun hunting list for deer that doesn’t include the Ruger Super Redhawk. This large-frame revolver has been on the market since 1987, giving it more than three decades of proven performance. You might be thinking the 44 Magnum should be the go-to for this platform—and that is a fantastic cartridge—but it’s the 454 Casull that seriously rocks for deer hunting.

This gun has an overall length of 13 inches. Of that, 7.5 inches is its barrel, and it has an empty weight of 52 ounces. It has a six-round capacity, which is certainly more than enough to take a deer. But, rather than carrying loose rounds in your pocket, it’s smart to add a speedloader to your gear. (Yes, they do make them for the 454 Casull.)

Features include a triple-locking cylinder that ensures dependable cycling and barrel alignment. A heavy metal top strap helps offset the overall recoil and effect of 454 Casull. This is a well-made revolver that’s the type of gun you pass down through generations.

This is one of those guns some people look at and question how it can be considered a handgun. The answer is that it is designed as a handheld firearm that must be gripped by the hands. It doesn’t have a rifle stock or even a stabilizing brace. It’s just a handgun, with an admittedly long barrel.

Perhaps the coolest thing about the Thompson Center G2 Contender is that the gun maker has a “build-a- gun” option. This allows the user to choose between a black composite or walnut pistol frame and an entire list of calibers and barrel lengths. Chambered in 30-30 Win, you get the best of old and new with the Contender. It’s also available in 223 Remington and 6.8 Remington, among others.

This is a break-action pistol, meaning capacity is limited to a single shot. Of course, isn’t one all you need for a deer? Challenge yourself by choosing a single-shot pistol for a deer hunt. You’ll have no choice but to devote extra trigger time and practice to your hunt before the big day, and we all love an excuse to shoot more.

If 1911s are your thing, there are quite a few on the market that are solid choices for deer hunting. A word of advice: Don’t use your 45 ACP on deer. It isn’t that it can’t work, it’s simply that it’s far from ideal. Because it’s our job as ethical hunters to work for a one-shot kill, 45 ACP is low on the “use this” list. High on the list are 10mm 1911s like the Dan Wesson Kodiak.

The Kodiak is a long-barreled 1911 with a Government frame. That means rather than the standard five-inch Government barrel, its barrel is six inches long. The frame still has the expected full-size dimensions. Due to its larger chambering, the Dan Wesson Kodiak doesn’t have a bushing barrel, it has a bull barrel. This gives the gun greater durability and helps mitigate felt recoil and to a degree, muzzle rise.

This 1911 has an 8 +1 capacity, a forged stainless frame and a single-action trigger. Overall length is 9.5 inches, height is 5.8 inches, and width is 1.5 inches. Empty weight is 47.1 ounces. That’s a good thing, because extra bulk on a handgun such as this makes a significant difference for felt recoil and muzzle rise, which also affects accuracy. This is not a lightweight, compact, plastic pistol. It’s a solid workhorse made for hunting.

Glocks became famous for several reasons, not the least of which is that they’re polymer guns with wallet- friendly prices (usually). The numbers assigned to the models confuse a lot of people, but it’s a relatively basic explanation. Generally, the number correlates with the order in which a patent was applied for by Glock. It has nothing to do with caliber or size in general. The Glock 20, for example, is the company’s full-size 10mm handgun.

Yes, we’re including another 10mm, but it’s just reality. Handguns chambered in 10mm have become the gold standard for a lot of handgun hunters, and new models chambered in it are being launched by manufacturers on a regular basis. One of the greatest things about this particular pistol is that it has a 15 +1 capacity. You won’t need that many rounds for a Whitetail, but it gives you options in case you also come up against predators or other in-season game during your hunt.

The Glock 20 runs well in sunshine, rain, and snow. It’s not a fancy, polished gun that you’ll be loathe to get dirty or scratch on a tree. It’s tough enough to withstand the bumps and jolts of a hunt. It has an empty weight of 27.51 ounces and a loaded weight of 39.86 ounces. The barrel is 4.61 inches in length.

It’s been more than half a century since the Smith and Wesson Model 629 was first introduced. In the intervening years, it’s been manufactured with a variety of finishes in various calibers and with different barrel lengths. The Smith and Wesson Model 629 Stealth Hunter in 44 Magnum just might be the gun giant’s best version ever. This model combines the classic lines and quality of the 629 with the blacked-out finish handgun hunters want (think glare reduction). And, of course, it’s a 44 Magnum.

The Model 629 Stealth Hunter has a 7.5-inch barrel and an overall length of 12.9 inches. It’s built on an N-frame and has a stainless-steel barrel, frame, and cylinder. Capacity is six rounds. Empty, it weighs in at 55 ounces, meaning it has the weight necessary to offset recoil. On this model, the barrel is magna-ported, the grips are synthetic and the trigger is from the company’s Performance Center. This is a double-action/single- action gun.

Thanks to the dark finish on this revolver, it’s far less likely to catch the sunlight and give you away to watchful deer. It’s an accurate gun and the 44 Magnum chambering makes it more than effective on Whitetail.

It may be a bit of a cliché, but when handgun- hunting deer you must be sure to use enough gun. Just because you can technically scrape by with a smaller caliber doesn’t mean it’s the wise or ethical choice. That doesn’t mean you have no choice but to get a magnum but simply that your selection should be capable of a one-shot kill on a Whitetail deer. Choose wisely, then get out and hit the deer woods with the gun that’s sure to become your favorite handgun of all time.

RED DOTS AND HANDGUN HUNTING:
Yes or No?

As red dot sights have gone from being something you saw once in a while to constants in the gun world, it’s not surprising they’re getting more common among handgun hunters. Gone are the days when mounting an optic to your hunting handgun meant picking up a scope as long as the gun itself. When choosing a red dot sight for deer hunting, consider the following:

When choosing a red dot sight, you don’t want to grab the cheapest thing out there. Go for quality and you won’t regret it. There are a lot of good quality red dots on the market and it is well worth taking your time to select the right one for your eyes and needs.

Kat Ainsworth Stevens loves nothing more than a day spent in the woods or on the water. She has hunted all over the country for everything from deer to ducks to alligators. Her fishing endeavors range from setting juglines for catfish to catching rainbow trout in mountain streams. And while she’s out hunting, fishing, hiking, and boating, she’s putting gear through its paces.
Kat is a seasoned outdoorswoman with decades of experience in various activities. In addition to her outdoor activities, she is a certified firearms instructor with an extensive background in firearms, edged weapons, and use of force. Her written work has been published in dozens of print outdoor industry magazines and on sites. She has a book—Handgun Hunting—available and has ghost-written others.

View all posts by Kat Stevens